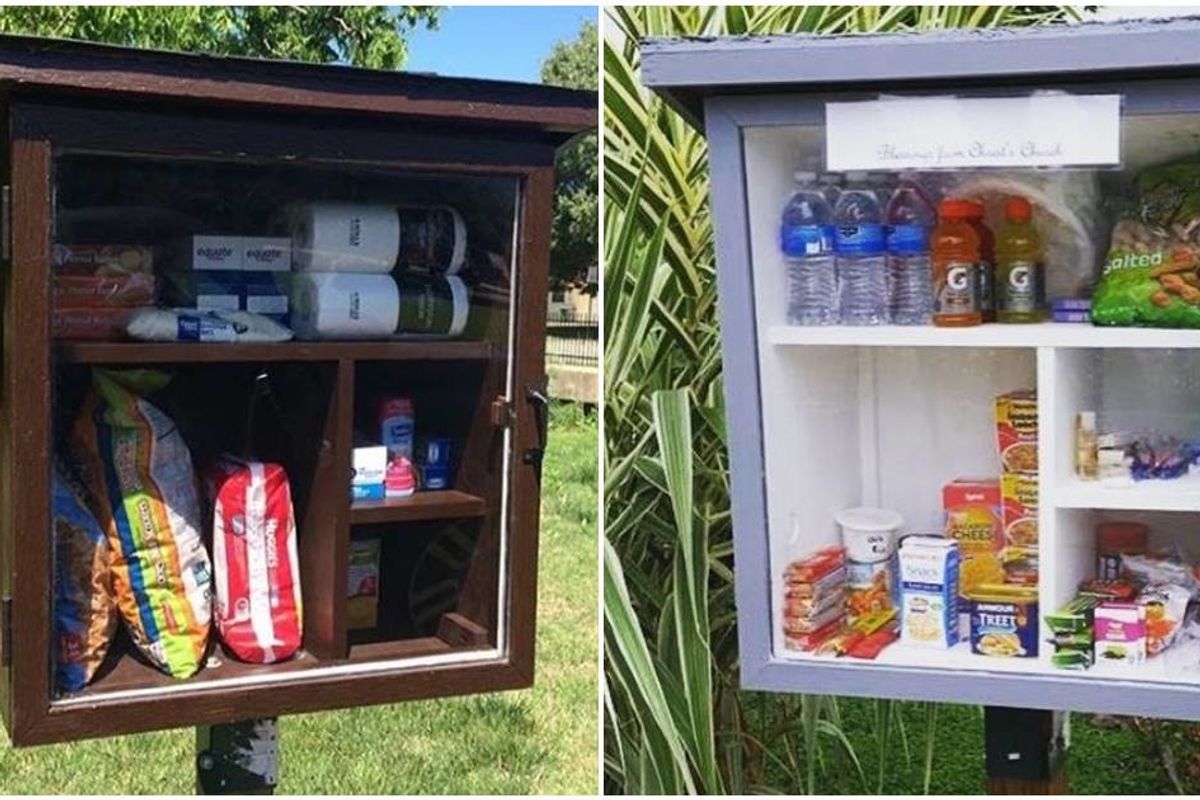 According to Feeding America, an estimated 1 in 8 Americans are food insecure, that's roughly 40 million Americans including more than 12 million children.

And yet at the same time, 40% of the food produced in American goes uneaten, ending up in landfills.

In 2016, Jessica McClard of Fayetteville, Arkansas found a brilliant way to help the uneaten food get distributed to those who are hungry. Inspired by the Little Free Library movement, she decided to create the Little Free Pantry project based on the same premise.

RELATED: France has started forcing supermarkets to donate food instead of throwing it away

Little Free Libraries are small boxes, usually mounted on someone's front lawn, where neighbors can share books, like the "need a penny, take a penny" jar at a liquor store. The first known Little Free Library was started in 2009 by Todd Bol in Hudson, Wisconsin, as a tribute to his late mother who loved books. The movement has caught on and there are now over 90,000 public book exchanges in 91 countries across the world.

The Little Free Pantry concept is a win for everyone involved because it provides hungry people food on-demand while encouraging giving in communities.

"The LFP is about feeding people, yes. But it's also about working together and about choosing reciprocity, trust, and grace over scarcity, mistrust, and judgment," McClard told World Hunger. "Less obvious but no less profound is the project's effect on stewards and communities. It changes them."

"You don't have to have a lot of time or a lot of money to give back in that way, and I think it opens up a lot of space for lots of different people to be involved," McClard told Global Citizen. "I believed it could be something that would catch."

In just three years, the idea has caught fire and over 650 pantry boxes have sprang up across the world.

"There's a real need for it in the neighborhood, and I don't like the thought of kids being hungry," Margot Baker, who has a Little Library-Little Pantry combo in her yard told, Global Citizen. "There's so much extra, and there's so much that can be done, why should anybody go hungry? For a few extra bucks a month, why can't I help?"

Looking to start a Little Food Pantry in your neighborhood? The Little Free Pantry Project has some steps to help you get started.