His school canceled his speech after learning that he's gay. What resulted was actually awesome.

It's really unfortunate that he wasn't able to give this speech to his classmates, but now his words will reach so many more. 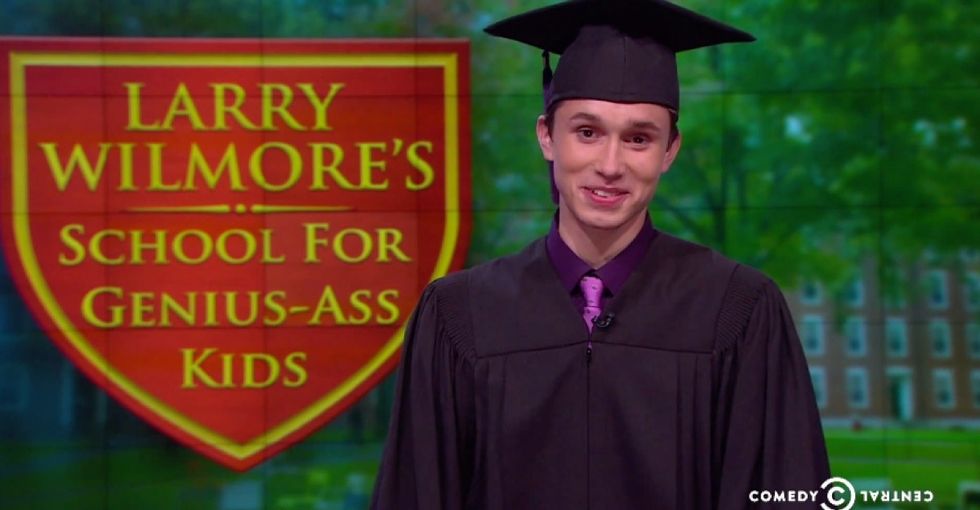 After four years of hard work, 18-year-old Evan Young was set to make the speech of a — until suddenly, he wasn't.

Young wrapped up his senior year at Twin Peaks Charter Academy High School in Longmont, Colorado, with a 4.5 grade point average and the title of class valedictorian. As is tradition at schools around the country, he was granted the chance to give a short speech at the graduation ceremony on May 16, 2015.

But that's until school principal B.J. Buchmann told Young that he would not be delivering a speech.

Young was planning on outing himself as gay during his speech. School administrators were not OK with that.

According to the school, Young's speech was canceled in part because it "included references to personal matters of a sexual nature" and it wasn't "appropriate for a speech at a graduation ceremony."

It's always kind of frustrating to see anything related to gay people automatically labeled as being "of a sexual nature" and therefore deemed inappropriate for school. Do you think if a valedictorian thanked his girlfriend or her boyfriend during a speech it'd be labeled as a "personal matter" of "sexual nature"? Probably not.

Coming out during graduation ceremonies happens pretty frequently, actually. Here's an example from the same month, also in Colorado:

While all this is really not cool, it's not even the worst part: In addition to canceling Young's speech, Buchmann called his parents and outed him to them without his consent.

Seeeeeriously not cool. GIF via Giphy.

But thanks to "The Nightly Show With Larry Wilmore," Young got to give his speech and it was awesome.

It was funny, honest, and just overall the type of thing that will make you tear up — so long as your heart is not made of actual stone.

He runs through some of his "secrets," which touch on things like homework he didn't like and other small issues. The whole point was to build up to his big secret: He's gay.

Now, it's just so sad that in today's world, someone's existence can be considered a "divisive issue."

Think about his statement: "I understand this might be offensive to some people, but it's who I am."

In what world should anyone or anything's existence be in and of itself offensive? Like, I'm not a fan of canned tuna, but I'm not like, "The mere existence of tuna offends me! Wipe it from the ocean so that I no longer have to share this earth with such a vile creature!" I simply go, "OK, yeah. I'm not going to order the tuna sandwich."

It's really that simple. Think of something in your life that you don't particularly care for in terms of music, food, or something like that. Now, here's the question: Do you devote time to stopping others from enjoying it? Or do you just go about your life? I'm guessing it's the latter.

Young ended his speech with a really simple request: Hug someone.

We all have to share this world and there's no point in trying to pretend that people don't exist. Young's speech wasn't of a "sexual" nature. It was just him being himself and the world could do a lot of good by following his advice.

Check out Evan Young's segment on "The Nightly Show" below: