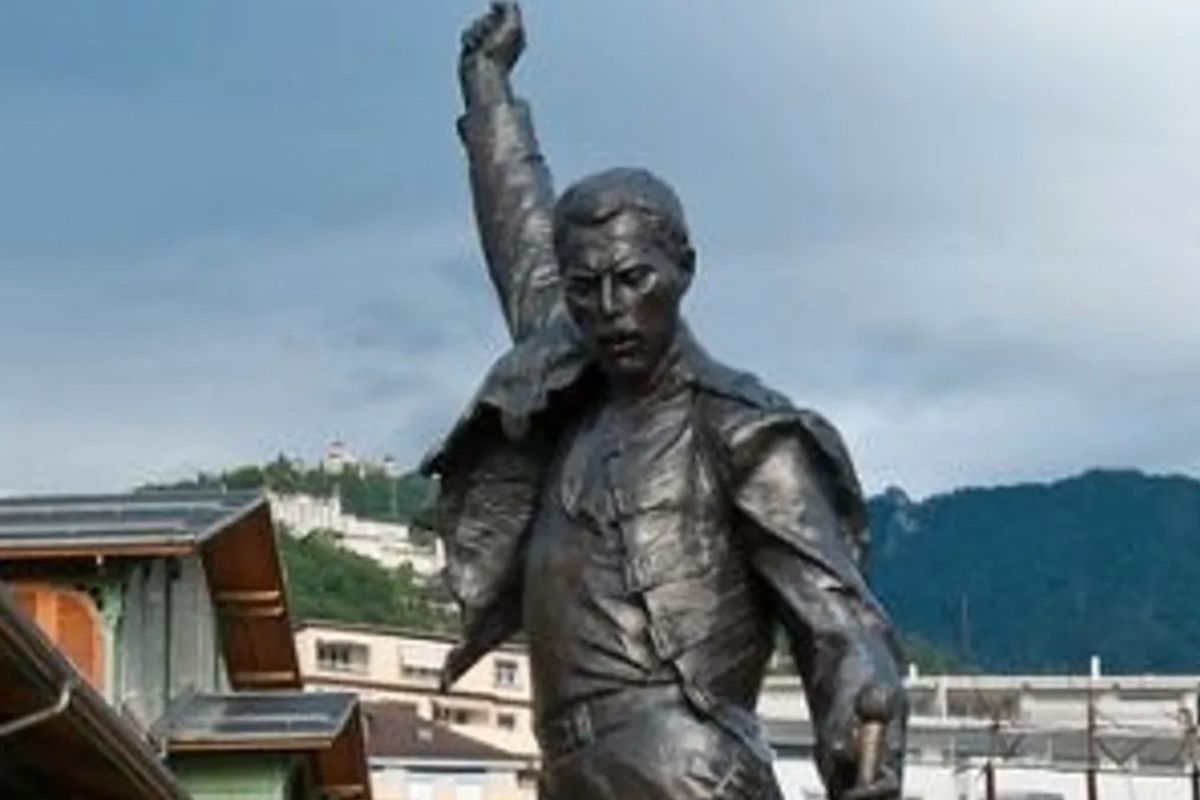 A worldwide debate has been raging over the past few years over statues of historical figures.

"I believe it's a paradigm shift that's happening right now," activist Mike Forcia, who helped topple over a statue of Christopher Columbus in Minnesota, told The Washington Post.

Surprisingly, the movement to eradicate monuments built to racists and murderers has its detractors. Most claim that removing the statues somehow erases history. As if we will suddenly forget the Civil War happened if we don't have a big ass statue of Robert E. Lee in front of the courthouse.

Upworthy's Annie Reneau put it all in perfect perspective.

The entire reason for their removal is that people are finally becoming aware of history that had been erased, through whitewashed history books and glaring omissions in the heroic stories we tell. As a result, people are making history by taking down monuments that symbolize historic erasure.

Over 20,000 people have signed a petition to remove all Confederate statues in Tennessee and replace them with statues of a national treasure who didn't fight to subjugate an entire race of people: Dolly Parton.

The petition makes a great point, why don't we honor people that we can all agree on?

There are plenty of statues of people and things across the world that no one thinks should be vandalized or set ablaze and thrown in the ocean. Here are 15 of the best.

Arthur Fonzarelli was the coolest character to ever grace the small screen. He was also a fierce protector of his friends and always stood up for what's right. He also once jumped over a shark on water skis.

The lead singer of Queen had one of the most beautiful singing voices in the history of rock and wrote some of the most memorable songs of the last 50 years including, "We are the Champions," "Bohemian Rhapsody," and "Somebody to Love."

Orpah is one of the most important media personalities over the past century. Her unique blend of strength and compassion has inspired people for over five decades.

Lee was a martial artist, actor, and philosopher who is responsible for bringing martial arts films to western audiences. He also worked tirelessly for equality and to change the perception of Asians in American culture.

Gibson's statue sits outside of the Washington Nationals' ballpark, but sadly, he never played in the major leagues. During his playing career, Black people were not allowed in Major League Baseball, but his incredible play in the Negro leagues earned him the nickname the "Black Babe Ruth." (Or perhaps Babe Ruth should have been known as the "White Josh Gibson"?)

Nobody passes this massive statue of a salmon stuck in a brick building and thinks, "Gee, I gotta pull this sucker down." Nope, that's because salmon are among of the most dignified creatures in the ocean.

Jim Henson and Kermit the Frog — University Of Maryland

These two brought a lot of love and laughs into the world.

The relationship between Samantha, a witch, and Darrin, a mere mortal man, proved that no matter what our differences, we can make a relationship work ... even if it does take a little witchcraft.

"The Knotted Gun" was originally created as a memorial to John Lennon, a man struck down by senseless gun violence.

Did Columbo own slaves? No. Did he colonize a country and pilfer its national resources? No. Did he spread small pox to indigenous people. No. This statues stays up.

While this bit of whimsy seems like a joke, it actually has a deeper meaning. The shark represents the impotence that people feel when they have no control over disastrous world affairs. I think we can all agree this sentiment is universal and should stay.

David Bowie became an icon for his constant evolution from Ziggy Stardust to Lazarus. He never settled on a persona or musical style for too long, teaching us all how to embrace change.

When you're known as "the guy who did his job better than anyone else has done their job" you're deserving of a statue that stays up.

When your name is the answer to the age-old question: "Who can turn the world on with her smile?" your statue status is secure.