He was inside for so long, his colleague forced him to get out. Hilarity ensues.

When was the last time you went outside? 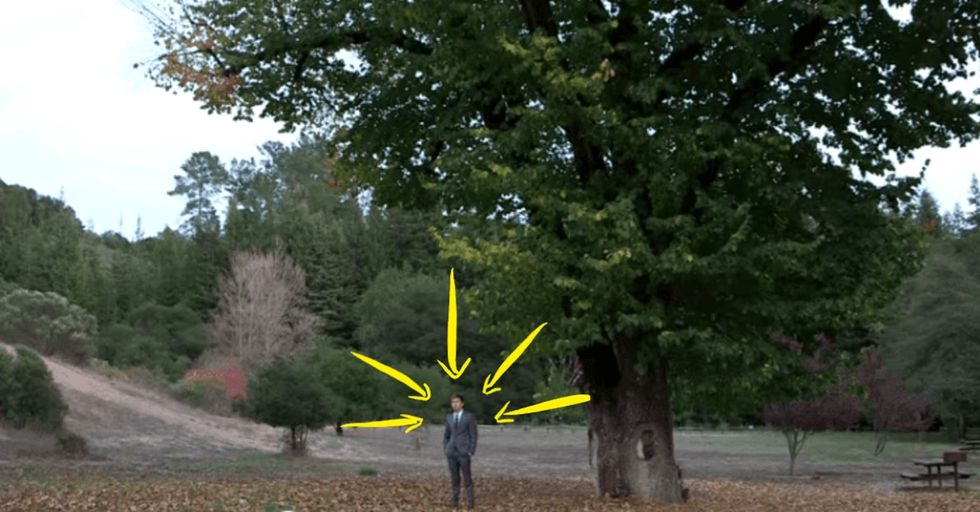 This is Dr. James Hamblin.

He's a medical doctor and a journalist who focuses on health stories (naturally).

As their resident health expert, one of his colleagues asked him if he was aware of a phenomenon known as nature-deficit disorder.

He hadn't. But it turns out he might actually have it.

Nature-deficit disorder is the result of the prolonged separation of humans from nature.

The term was conceived by Richard Louv in his book, "Last Child in the Woods," which explores the widening chasm between kids and nature in an increasingly digital age.

You won't see mention of nature-deficit disorder in diagnostic manuals or on psychological scales, but it is a widely-accepted concept and its treatment through ecotherapy is gaining popularity.

On average, Americans spend anywhere from 80% to 99% of their time indoors.

That pretty well sums up why ecotherapy exists. Timothy Egan of The New York Times wrote:

"For most of human history, people chased things or were chased themselves. They turned dirt over and planted seeds and saplings. They took in Vitamin D from the sun, and learned to tell a crow from a raven. ... And then, in less than a generation's time, millions of people completely decoupled themselves from nature."

Technology has transformed how we spend our time.

A Pew Research Center poll showed that over half of all Americans carry those tiny computers we call "smartphones" in their pockets. And a Nielsen report found that we spend an average of 11 hours a day being bombarded with digital media.

So Hamblin was forced to take a break from the office to go "look at some trees."

And he had an ecotherapist there to guide him.

Ecotherapy, the treatment of health issues through various methods that involve being in nature, can have significant health benefits.

Among them are reduced anxiety and depression, improved self-esteem, reduced blood pressure and obesity, and even lessened fatigue among cancer patients.

In a lot of ways, spending time outdoors and being active in nature can be the miracle treatment a lot of us need. And the beauty of it is that, while it's helpful to have professional support, it doesn't have to cost a dime.

So what are you waiting for? Get out there, go for a hike, work in the dirt, climb a tree, or just be.

Hamblin is quite the character. I really recommend watching him in action below: