He lost his daughter 5 months ago. On Father's Day, he heard her heart beat. 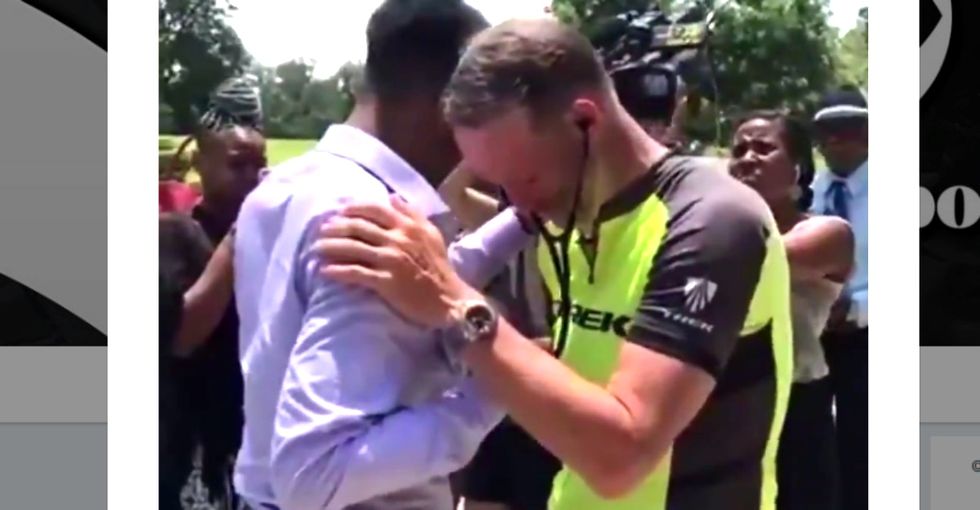 This year was an unforgettable, heart-wrenching Father's Day for Bill Conner.

About five months ago, the Wisconsin dad lost his daughter, Abbey, while they were on vacation together in Florida, CBS News reported. The 20-year-old's body was found at the bottom of a resort pool, and tragically, doctors were unable to resuscitate her.

In her death, however, Abbey became a life-saver.

As an organ donor, several of Abbey's organs were given to people desperately in need, according to the Wisconsin State Journal. One of those people, 21-year-old Loumonth Jack Jr., of Louisiana, received Abbey's heart. In January, Jack had been given just days to live after his own heart began failing. Abbey's heart saved his life.

In May, Conner began a 2,600-mile cross-country bike trek to hear his late daughter's heart beating in the man whose life she saved.

It was a moment — caught on video on Fathers' Day — that neither of them will ever forget.

Organ donation may be a tough subject to think about — but it's a truly selfless act that has the potential to save lives.

At any given moment, there are roughly 120,000 people on the national transplant waiting list, according to the U.S. Department of Health and Human Services. And each day, about 22 people on that list die because they didn't receive a transplant in time. That's a figure we don't have to accept.

"Knowing he's alive because of Abbey, Abbey is alive inside of him — it's her heart having him stand up straight," Conner told CBS News. "I was happy for him and his family, and at the same time, I got to reunite with my daughter."

Learn more about how you can become an organ donor.