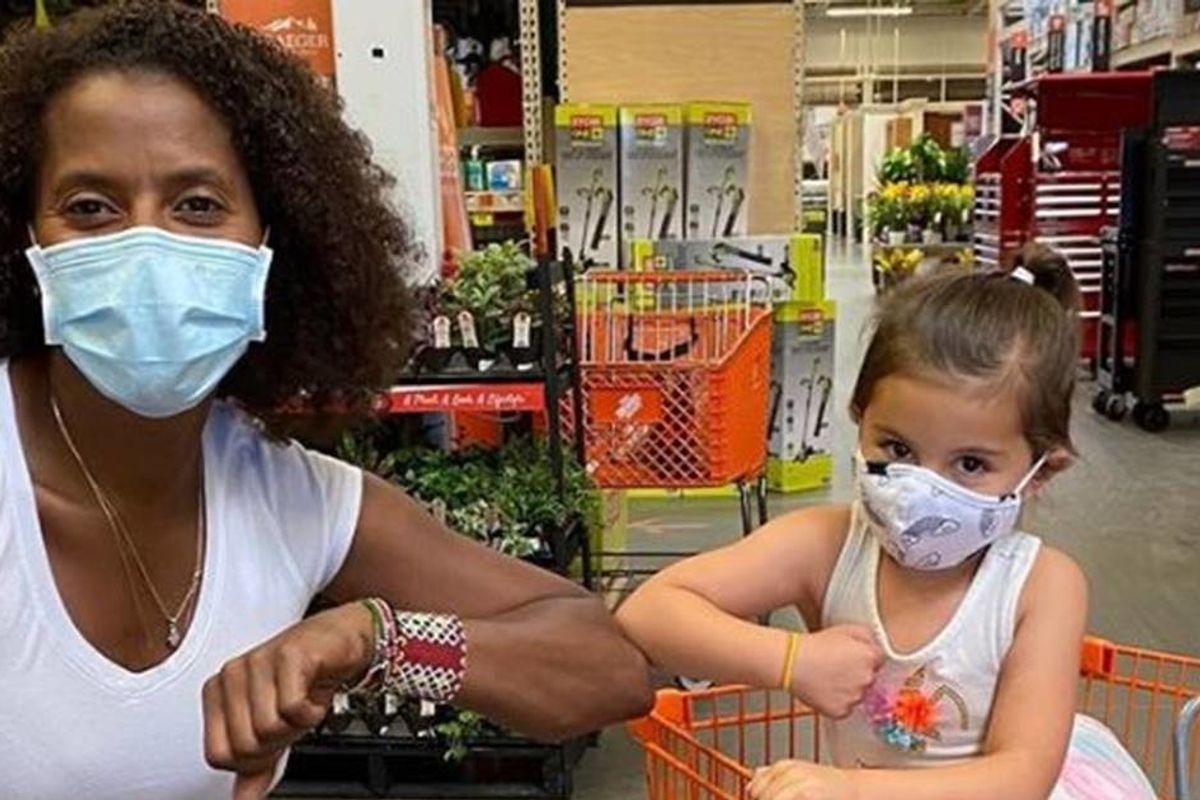 "I went back to say thank you for recognizing that my life matters," Sherri Gonzales told CBS4. "Her mom was not expecting her to say that and did not know what to say," Sherri said.

Sherri was moved because Camryn "said it with strength like she was making a point."

The three talked for a few minutes and during the conversation, Camryn noticed that Sherri was wearing a Denver Broncos necklace. Cassie told Sherri she wanted to be a Broncos cheerleader one day.

Then Camryn asked her a question.

"[She] asked me if I would like to come over for a sleepover," Sherri said.

Later, on an Instagram post, Sherri said the interaction gave her hope for the future. "Today was a good day," she wrote. "The youth is going to change the world."

Sherri exchanged numbers with the mother and daughter and they took a photo together. A few days later, she received a call from Cassie. The family was having a garage sale and wanted to donate all of the proceeds to Sherri's organization, Sherri's Girls Empowerment International.

Her small non-profit aims to make "big changes in the world" and has opened up a school and daycare center in Naivasha, Kenya, provided clean drinking water for tribes in Suswa County, and sponsored various small business owners.

"[They] donated every penny to my school in Kenya," Sherri said. "All of this happens because of a sweet little 4 year old recognized that my life matters."

The story shines a light on how important it is for children to grow up understanding that all people deserve to be treated equally. Children are not immune to the racist messages that are sent to them through media, politics, and institutions, but we can fight back by providing them with an age-appropriate understanding of how racism works.

Somewhere someone taught Camryn that black lives matter and that led to learning valuable lesson she will keep with her for a lifetime.