For the first time, the biggest prize in mathematics has been awarded to a woman. 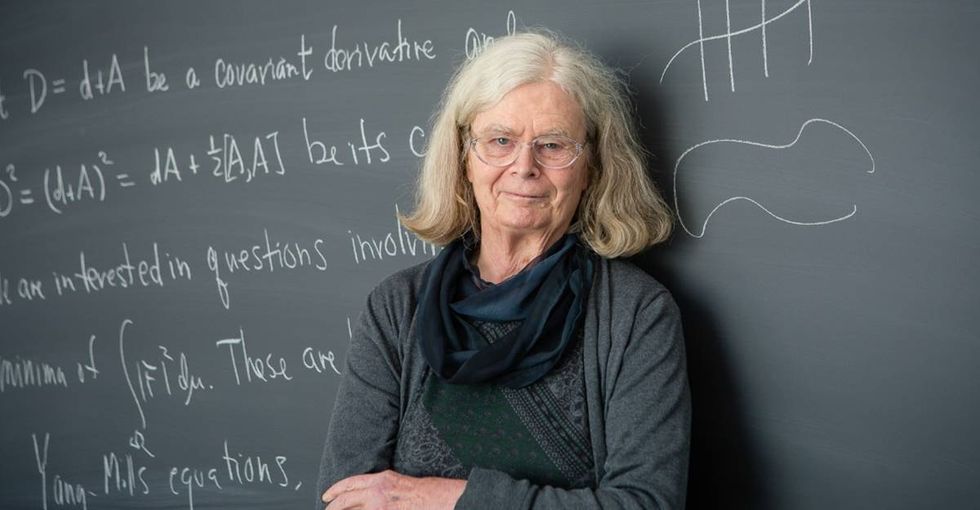 For the first time since the award was first presented in 2003, math’s most prestigious award has been given to a woman.

Modeled after the Nobel Prize, the Abel Prize is awarded by the King of Norway to people who have greatly influenced their field of mathematics. It comes with a cash prize of 6 million Norwegian kroner ($700,000).

This year’s honoree is Karen Uhlenbeck, a mathematician and professor at the University of Texas. She also hold the titles of Visiting Senior Research Scholar at Princeton University and Visiting Associate at the Institute for Advanced Study (IAS).

Uhlenbeck is best known for her work with partial differential equations, but has worked in multiple disciplines, including quantum theory, physics, and geometry.

“The recognition of Uhlenbeck’s achievements should have been far greater, for her work has led to some of the most important advances in mathematics in the last 40 years, Jim Al-Khalili, Royal Society Fellow, said in a statement.

One of Uhlenbeck’s notable contributions to the study of predictive mathematics was inspired by soap bubbles. The thin exterior of a soap bubble is an example of “minimal surface.” Her study of this concept has led researchers to better understand a wide variety of phenomena across multiple scientific disciplines.

“Her theories have revolutionized our understanding of minimal surfaces, such as those formed by soap bubbles, and more general minimization problems in higher dimensions,” Hans Munthe-Kaas, chair of the Abel Committee, said in a statement.

The importance of being the first women to be honored with the Abel prize probably hasn’t been lost on Uhlenbeck. Twenty-six years ago she co-founded the  the Institute’s Women and Mathematics program (WAM). This organization was founded to empower women in mathematics research at all stages of their careers.

The Abel Prize is named after Norwegian mathematician Niels Henrik Abel (1802–1829). He is best known for creating the first complete proof demonstrating the impossibility of solving the general quintic equation in radicals. This question had been unresolved for over 350 years.