Entitled woman demands her co-worker bring her dinner. She gets put on blast instead. 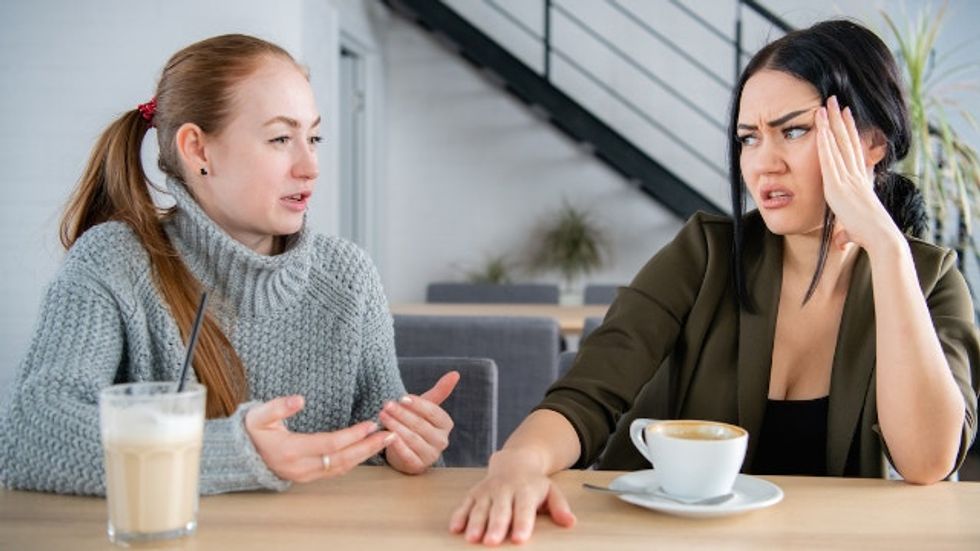 Entitlement is truly one of the wildest human traits. We're all stuck on this spinning globe together, and yet some people truly believe they're owed other people's time and resources simply for existing.

Obviously, we all unintentionally fall into patterns of self-absorption now and again, it's part and parcel of surviving. But there's a distinct line between having an off day and approaching your peers as if they're your personal servants.

Reddit user Fandangoo is unfortunate enough to work with one of these entitled souls, and felt it their internet duty to share receipts of a particularly absurd interaction.

It all started with the coworker inquiring about Fandangoo's dinner plans, and from there it quickly escalated.

Apropos of nothing, the coworker barreled into the conversation with the full expectation that Fandangoo would change their meal plans in order to accommodate her cravings.

Luckily, Fandangoo had zero qualms about calling out the bonkers level of entitlement, and refused to be manipulated into doing free favors. This did not sit well with the coworker who quickly transformed into tantrum mode, even going so far as to call Fandangoo names.

The interaction was perfectly capped off by the spoiled coworker instructing Fandangoo to not speak to her when she got into work, which was certainly no loss for them.

Sometimes the best way to deal with a grumpy entitled coworker is to throw their behavior back in their face, and call it a day.

This article was originally published by our partners at someeecards and was written by Bronwyn Isacc.