A drunk man was filmed harassing an immigrant on their train ride. The woman next to him responded in the most British way. 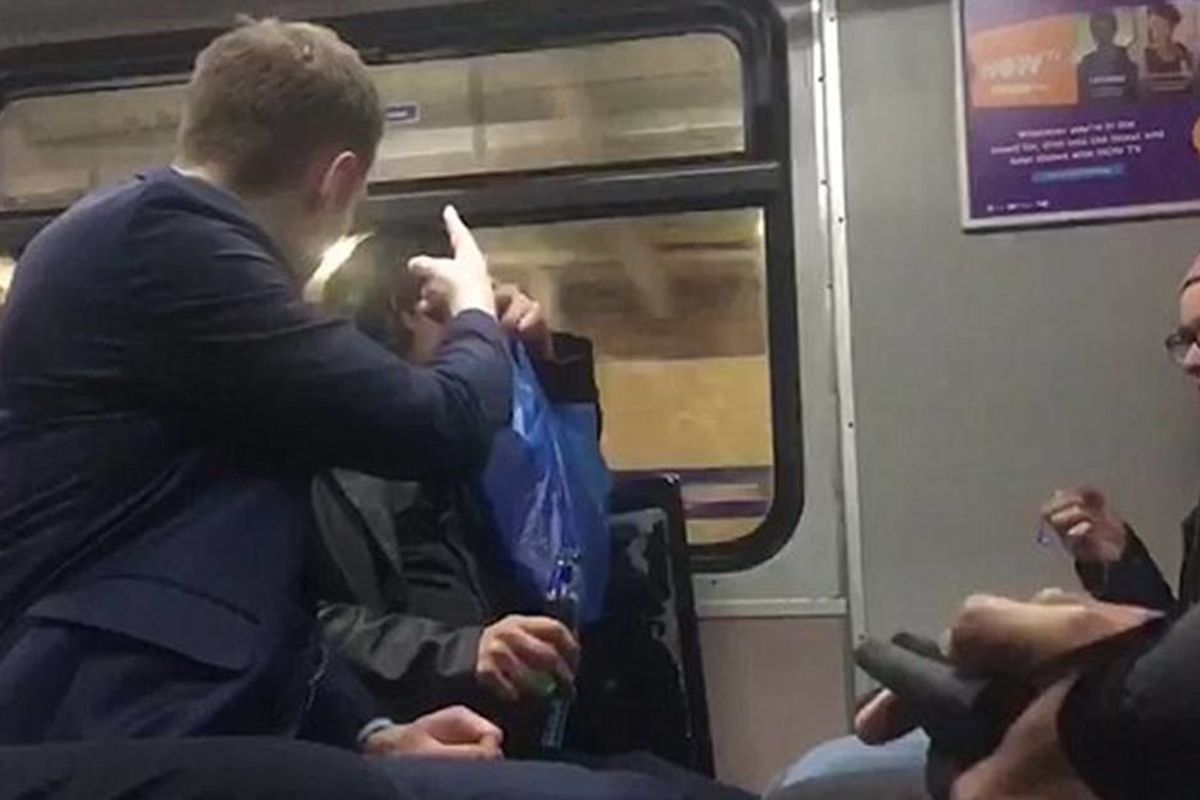 A woman on a London train deserves praise for the great way she handled and argument between two drunk men.

The video begins with a nationalistic British man in a suit chastising a man of Polish-Russian decent in the seat next to him for drinking a beer on the train. "You are in Britain, you listen to the rules," he said while wagging his finger. "You abide by the rules or you get out."

The man with the beer asked the suited man to leave the train to address the issue. Then threatened to spit on him.

The man in the suit responded in a smug, condescending manner, saying, "I'll explain to you so you can understand," inferring that a man from outside of Britain couldn't grasp simple rules. "You see those rules up there, the ones that say you don't drink alcohol?"

"I'm not the only one!" the man with the beer responded. "You are yourself drunk, you idiot!"

RELATED: This British weatherman interrupted a live debate on crime with a point we all need to hear

Anyone who has ever been to London knows that people routinely break the no-drinking rule on the train. So the man in the suit was clearly looking for trouble when he asked the man to stop drinking.

After being told to call the police if he cares so much, the British man decided he had the right to order the other man around simply because he was born in another country.

"I was born and bred here, you've come into this country. You abide by these rules," he continued. "'Abide by English laws or get out.

"I am a Polish boy from Russia and will fuck you," the man with the beer said angrily and then said the man in the suit should be "in the toilet."

Then, out of nowhere a woman sitting across from the fighting drunks played judge, jury, and executioner by putting a perfect end to the fight.

"I just wanted to say, yes you should not be drinking here," she said to the man with the beer.

RELATED: This British soldier celebrated the queen's birthday with a nod to changing traditions

Then, she looked at the man in the suit. "But you have no right to talk to somebody like that, and to use their nationality against them. It is wrong… Using his race against him is disgusting. And because of your behavior I don't want to sit here. People like you bring shame to this country."

Then she walked into another train car.

And the Polish man took a big swig of beer.