Drones fired ‘seed missiles’ into the dirt. A year later, the trees are already 20 inches tall. 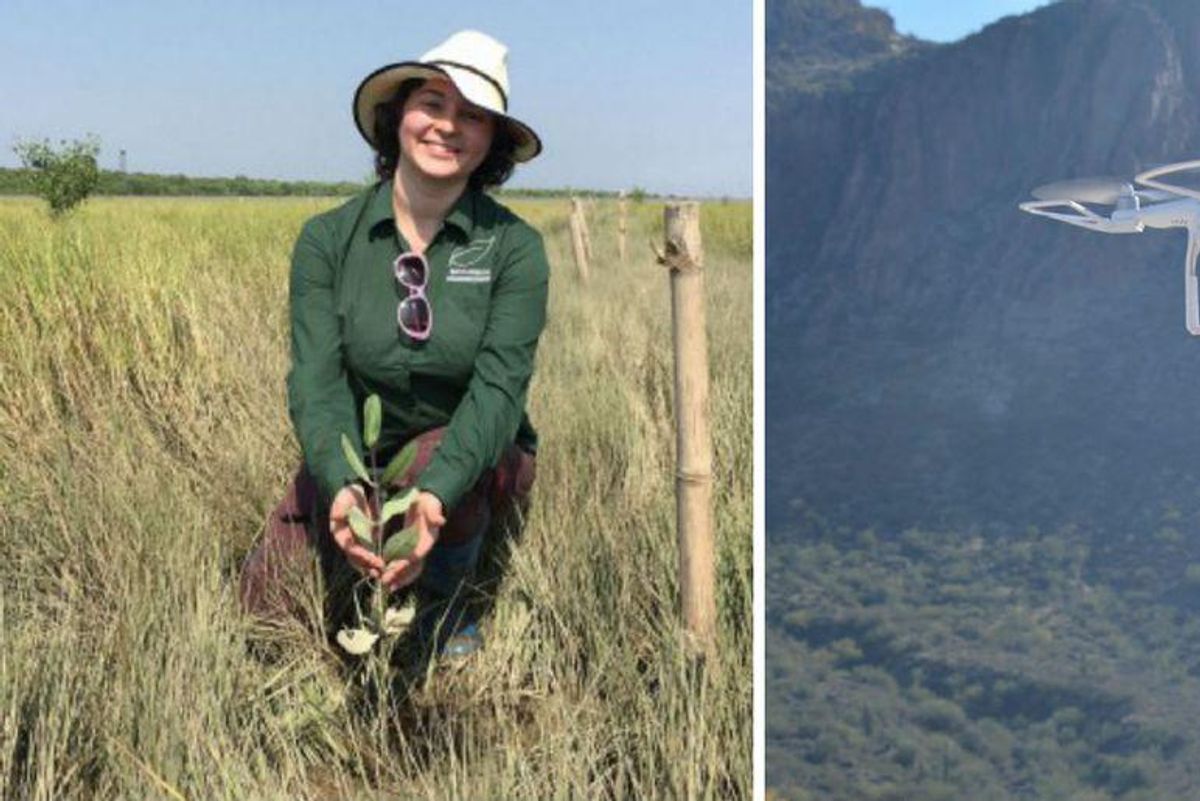 This article originally appeared on April 17, 2019

Technology is the single greatest contributor to climate change but it may also soon be used to offset the damage we've done to our planet since the Industrial Age began.

In September 2018, a project in Myanmar used drones to fire "seed missiles" into remote areas of the country where trees were not growing. Less than a year later, thousands of those seed missiles have sprouted into 20-inch mangrove saplings that could literally be a case study in how technology can be used to innovate our way out of the climate change crisis.

"We now have a case confirmed of what species we can plant and in what conditions," Irina Fedorenko, co-founder of Biocarbon Engineering, told Fast Company. "We are now ready to scale up our planting and replicate this success."

According to Fedoranko, just two operators could send out a mini-fleet of seed missile planting drones that could plant 400,000 trees a day -- a number that quite possibly could make massive headway in combating the effects of manmade climate change.

The drones were designed by an ex-NASA engineer. And with a pressing need to reseed an area in Myanmar equal to the size of Rhode Island, the challenge is massive but suddenly within reach. Bremley Lyngdoh, founder and CEO of World Impact, says reseeding that area could theoretically house as many as 1 billion new trees.

"Obviously, planting a billion trees will take a long time without the help of drones," Lyngdoh told Fast Company.

But they've now got a powerful new ally in their corner. For context, it took the Worldview Foundation 7 years to plant 6 million trees in Myanmar. Now, with the help of the drones, they hope to plant another 4 million before the end of 2019.

Myanmar is a great case study for the project. In addition to the available land for the drone project, the nation has been particularly hit by the early effects of climate change in recent years. Rising sea levels are having a measurable impact on the population. In addition to their ability to clear CO2 from the atmosphere, healthy trees can also help solidify the soil, which can reduce the kind of soil erosion that has been affecting local populations in Myanmar.

Going forward, technologies like seed-planting drones could help stem the tide of catastrophic climate change while our governments and societies work to change the habits of consumers and corporations that are driving the problem. Our endless hunger for new technology may be the driving force behind climate change and deforestation but it could also end up being the solution to a problem.

From Your Site Articles
Related Articles Around the Web
enviornment