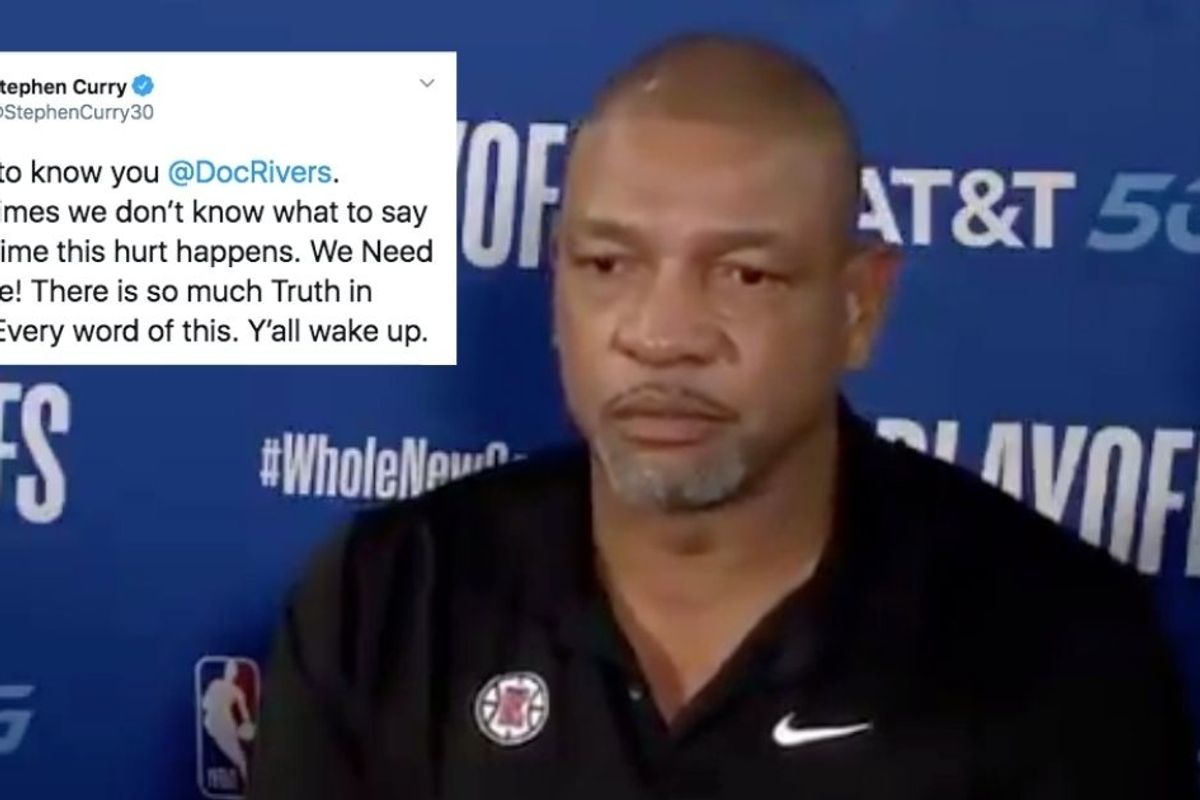 The NBA announced that it will not hold today's playoff games after several teams, starting with the Milwaukee Bucks, decided to boycott over the police shooting of Jacob Blake.

The coach of the L.A. Clippers, Doc Rivers, shared his reaction to the shooting, as well as to the country's current unrest over racial injustice in a video that's been shared widely. Steph Curry, who plays for the Golden State Warriors, wrote on Twitter, "Proud to know you @DocRivers. Sometimes we don't know what to say every time this hurt happens. We Need Change! There is so much Truth in every Every word of this. Y'all wake up."

Coach Rivers explained the strangeness of the fearmongering coming from the president and the RNC when Black people are the ones who have always had reason to fear. He pointed out the hypocrisy in the way protests for Black Lives are met with riot gear versus the way men with guns who storm capitol buildings are handled with kid gloves by the police. But perhaps the most powerful moment came when he said, "It's amazing to me...why we keep loving this country, and this country does not love us back."

Proud to know you @DocRivers. Sometimes we don’t know what to say every time this hurt happens. We Need Change! The… https://t.co/NSnAIgiENM
— Stephen Curry (@Stephen Curry)1598429155.0

LeBron James expressed himself a bit more forcefully today on Twitter as the NBA announced its cancellation of the playoff games.

As Doc Rivers said, "It's really so sad. Like, I should just be a coach. And I'm so often reminded of my color. You know, it's just really sad. We've got to do better. But we've got to demand better."

We all need to demand better of our law enforcement system that enforces laws unevenly and of our justice system that serves justice unequally. "My dad was a cop," said Rivers. "I believe in good cops. We're not trying to defund them and take all their money away. We're trying to get them to protect us, just like they protect everybody else."