Coping with depression is hard. This poignant comic shows one woman's journey.

Zandt's comic essay shows just how debilitating depression can be and taking medication to cope with it doesn't make one a failure. 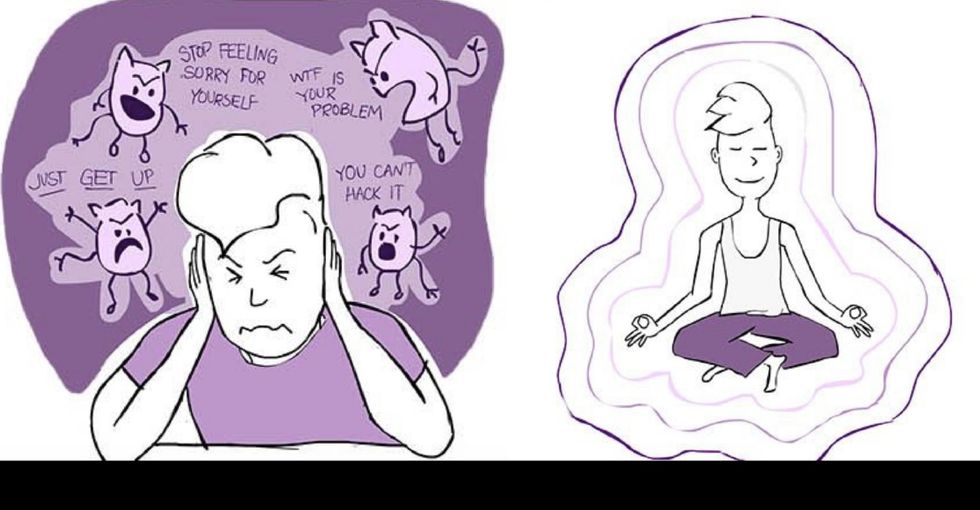 Deanna Zandt is a media technologist and author of "Share This! How You Will Change the World with Social Networking."

Take a quick look at her site's "about" page and try really hard to not be impressed.

She co-founded and runs a digital strategy company; has spoken at conferences including TEDxBerlin; is a frequent guest on news networks including MSNBC, CNN, and BBC Radio; and was the first recipient of the social media Maggie Award for Media Excellence from Planned Parenthood of America.

She's also dealt with depression for about 20 years.

For a long time, she was able to balance things through a routine that included meditation and yoga.

But then, two years ago, it stopped being enough.

She didn't know what was going on. And when she tried new methods, like acupuncture and craniosacral therapy, and those still weren't helping, she started to feel like a failure. That's when she decided to go to a doctor.

Her doctor diagnosed her with major depression. And he prescribed Prozac to help treat it.

This was not what Zandt wanted to hear. But even though she'd dealt with depression before — this time, it was different. And she needed help.

So she swallowed her pride ... and her new medication.

Slowly, she started to feel better.

Zandt knows that there are many people like her who never thought they'd take antidepressants. Stigma against mental health medication made her hesitant to take it at first. That's why she created a touching comic that takes us along her journey of coming to terms with it. She wants everyone to know that it's perfectly OK.

Stigma against mental health — and taking medication for it — is widespread.

Studies consistently show that it's one of the biggest barriers to getting help and staying on meds.

That's why efforts like Deanna's comic and the recent viral hashtag #MedicatedAndMighty are so important: they help break down barriers so that people feel freer to pursue the treatment they need to live healthier, happier lives.

Here's to healthier humans living on this planet more willingly and joyfully!