President Biden tells transgender Americans: "We have your back." 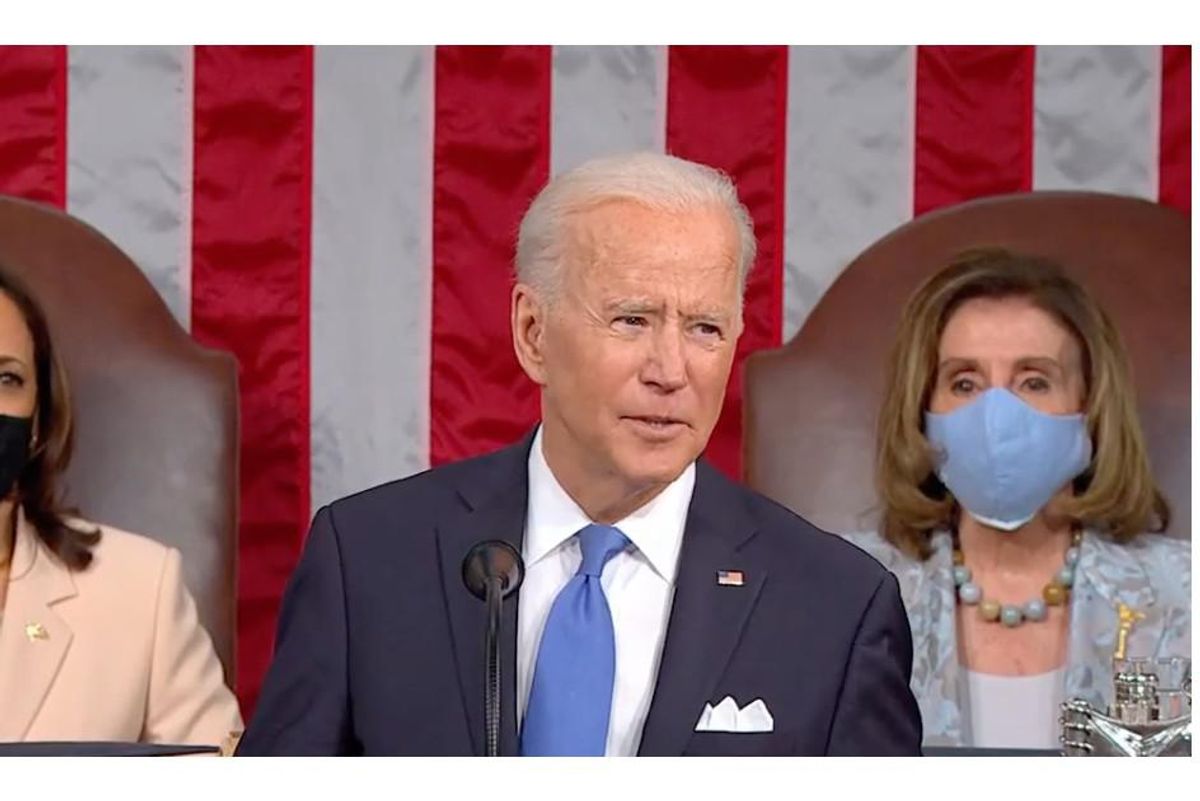 President Biden's first address to Congress on Wednesday night covered a number of topics: COVID-19, the war in Afghanistan, climate change, healthcare, taxes and more. But it was a personal comment to America's transgender community that might have been the most powerful moment of the night.

Transgender Americans continue to be one of the most openly discriminated against communities in America. Since Biden's election, a number of states have proposed bills that would restrict the rights of transgender citizens, including children.

Some leaders have bravely stood up for the rights of our most vulnerable citizens. For example, North Dakota's Republican Gov. Doug Burgum recently vetoed a bill that would have banned trans girls from competing in sports.

"To all the transgender Americans watching at home, especially the young people who are so brave, I want you to know that your president has your back," Biden told Congress in his call for passage of the Equality Act.

Biden's calm and caring words to the trans community were immediately celebrated online.

Biden just said to trans youth around the country "The President of the United States has your back." In those wo… https://t.co/uNgS6BZ9iF
— Eric Garland (@Eric Garland)1619661717.0

Biden has promised to make passage of the Equality Act a priority during his first 100 days in office, something he failed to achieved and which has generated criticism from trans activists. However, tonight's address may restore some hope that action is imminent. Along with Biden's call for action, First Lady Jill Biden used her VIP guest list to include Stella Keating, a 16-year-old that President Biden had speak before Congress in support of the Equality Act's passage.

From Your Site Articles
Related Articles Around the Web
biden
popular