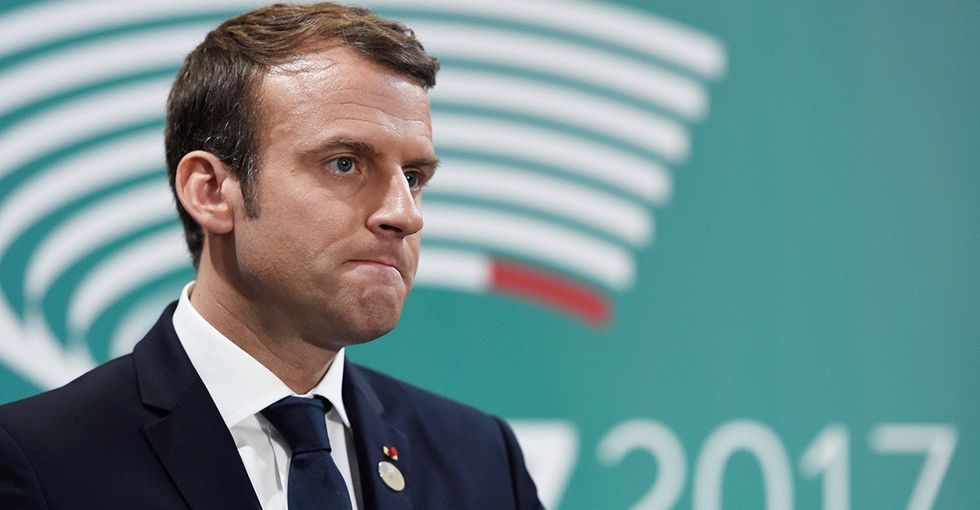 Since April, reports from a Moscow-based newspaper have trickled out detailing a quiet crackdown on men in Chechnya — a semi-independent state within the Russian Republic — based on their perceived sexual orientations.

The details are more than alarming.

At least 100 gay and bisexual men with "nontraditional" sexual practices have been rounded up, tortured, and even killed in undisclosed facilities that activists have compared to modern-day concentration camps. While some men have been fortunate enough to get visas and escape in recent days, the situation remains dire.

Chechen officials have denied it's happening despite independent reports from news outlets and human rights groups on the ground in the region. They've even denied LGBTQ people exist in Chechnya.

To the newly elected president of France, Emmanuel Macron, enough is enough.

France has officially opened its doors to the gay and bisexual Chechen refugees whose lives are at risk.

Speaking to news outlet France Info on May 29, Joel Deumier, the head of gay rights group SOS Homophobie, confirmed the first of many expected LGBTQ refugees from Chechnya had arrived in France.

To many French groups trying to shed a light on the atrocities in Chechnya, this is a critical step forward.

Although it's progress worth celebrating, the news isn't all that surprising given Macron's stances on refugee and immigration policy.

As a candidate, the president called for France to take in its fair share of Syrian refugees, proposed state-run language classes to help integrate new arrivals, and spoke openly about mending relations between the French government and the country's Muslim population, Al Jazeera reported.

The same day France began welcoming Chechen refugees, Macron blasted Russia's lack of action on the matter — with Vladimir Putin right at his side.

The two leaders were in Versailles, France, to discuss world matters. But even as things turned tense during a joint press conference, the French president decided he wasn't about to play nice just because he was hosting the Russian leader.

"I emphasized to President Putin ... how important it is for France to respect all people, all minorities," Macron told reporters. "We spoke about the cases of LGBT people in Chechnya. ... I told President Putin what France is expecting regarding this issue, and we agreed to regularly check on this subject."

With his pointed remarks, Macron joins the growing list of world leaders speaking out against Chechnya and Russia.

But just because Trump is failing men in Chechnya doesn't mean Americans are standing idly by.

Here's how you can help: