Another major country lifted its gay blood-donor ban. It's about time.

It's time to lift the ban. And it's been time for quite a while now. 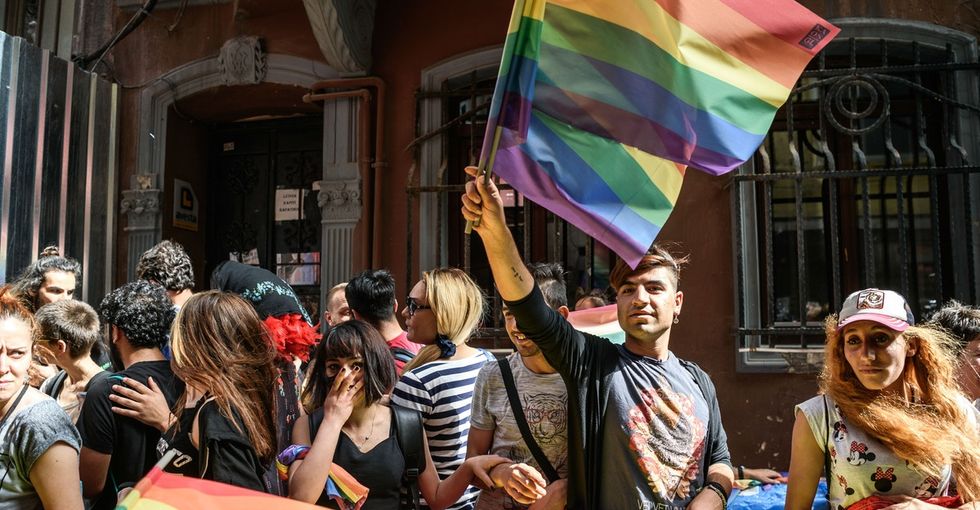 I remember sitting alone awkwardly in a row of empty chairs at a campus blood drive when my friend looked over, smiled weakly, and mouthed, "I'm sorry."

She was standing in the line to donate blood. I'd gone with her to do the same thing, but I'd been told I wasn't allowed.

I wanted my blood to help someone out there who could use it. So it hurt feeling that this supposedly dirty part of me just wasn't good enough.

I wasn't allowed to donate blood because I'm a gay man. On that day a few years ago, I learned my blood wasn't just deemed less valuable — it was considered potentially dangerous.

When HIV became a public health crisis in America in the 1980s, the FDA banned donations from all men who have sex with men (MSM), aiming to ensure the nation's blood supply was kept safe.

Marchers in the AIDS Walk of 1995 in Washington, D.C. Photo by Joyce Naltchayan/AFP/Getty Images.

Many other countries around the world also put similar bans in place.

But that was then, and this is now.

Now, we know much more about HIV and how it spreads than we did in the 1980s, and technologies that screen blood for the virus have improved greatly. So really, banning blood donations from men like me isn't justifiable — and it hasn't been for a while.

It's rooted in homophobia. It contributes to the stigma surrounding gay and bi men when it comes to HIV/AIDS, and it makes for a smaller pool of donors when blood is needed.

Fortunately, countries are slowly coming around to this realization. France is the latest.

In July 2016, its 33-year ban was reversed, allowing French MSM to donate.

“This is a good sign, which shows that men who have sex with other men are becoming less stigmatized,” Sophie Aujean of advocacy group ILGA-Europe told France 24.

The FDA reversed a similar provision in the U.S. in December 2015. Canada, too, is on the fast track to lifting its ban.

These are all important steps forward. But there's a catch to the new guidelines in France, America, and Canada.

In each country, MSM must abstain from sex for at least one year before donating blood. Many advocates have argued that this expectation, while much improved from the previous status quo, still favors fear over actual science — and they point out that this discriminatory policy has real-world impact.

In the aftermath of the mass shooting at an Orlando LGBTQ nightclub in June, MSM were still prevented from giving blood.

How horrible is it that gay and bisexual men were stopped from helping save the lives of victims in their own community?

The irony is a grim reminder of why these kinds of discriminatory policies need changing.

I can still remember feeling like an outcast that day when I was told my blood wasn't good enough just because of who I am.

While we should recognize the positive steps forward on this issue, we also need to double down on demanding that our governments use science and facts — not fear and homophobia — to decide policy.

No one should be made to feel dirty or dangerous or judged the way I did on that day simply because of who they love.