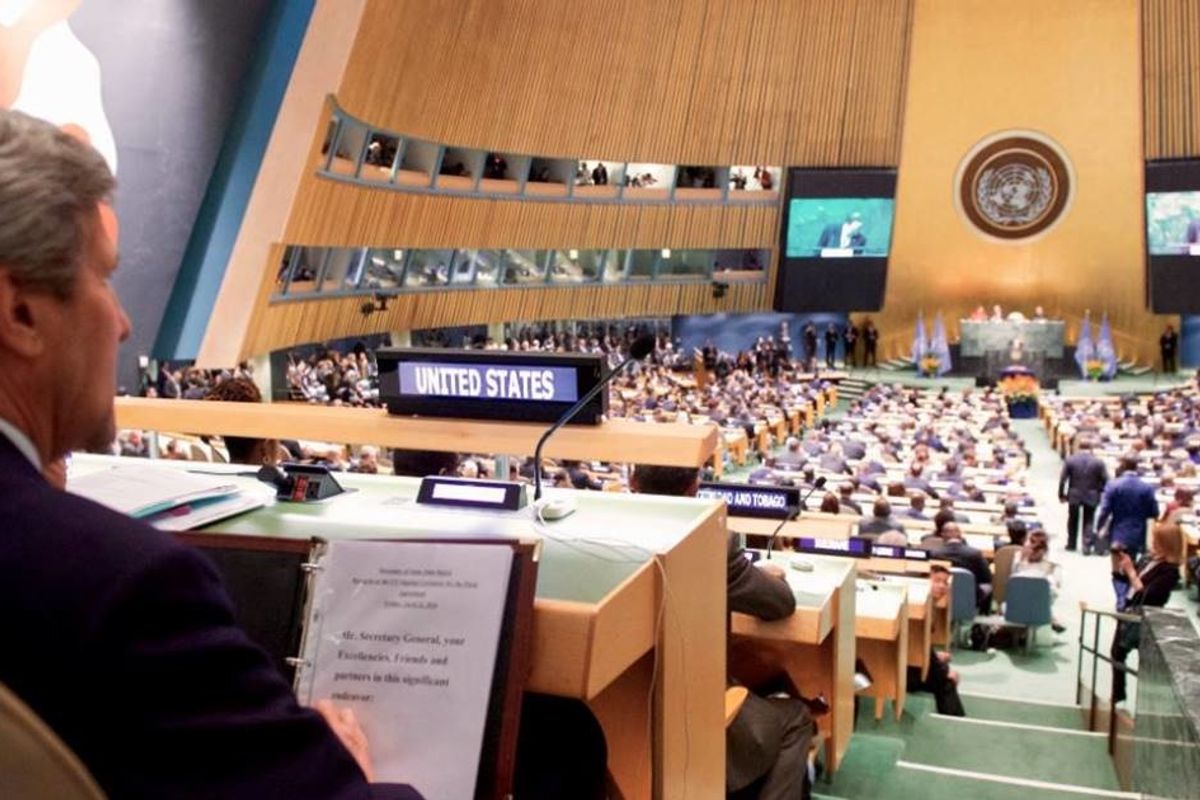 Heck, even animals have some rights in the good ol' U S of A.

The president of the United States is not a king or a dictator so a team of U.S. mayors, led by Los Angeles Mayor Eric Garcetti, are asking to go over his head to negotiate directly at next month's UN climate change conference in Santiago, Chile.

Garcetti said he will ask the UN secretary general, António Guterres, to give American cities a new role in UN climate talks

"I'm going to bring it up with the UN secretary general," Garcetti said according to The Guardian. "If cities are invited to be at the table, I believe they will help accelerate the work that needs to be done. Hopefully, we can do it in concert with our national governments, but [we can do it] even where there is conflict."

"The United Nations works directly with cities all the time ... so they shouldn't feel scared about jumping down to that local level," he continued. Garcetti made this announcement at the C40 World Mayors Summit where mayors of more than 90 of the world's biggest cities voiced support for a Global Green New Deal.

RELATED: A plaque addressed 'to the future' marks Iceland's first glacier lost to the climate crisis

"This will be my priority as the new chair, to deliver a Green New Deal in the face of the climate emergency and to make the 2020s the decade of human action," he said.

"This will be the defining decade not only of our lives, but of life itself for human beings on this planet. I have no doubt that we can and will get it right, because human beings have this stubborn desire to survive."

The L.A. mayor brought together a coalition of 435 mayors, representing over 70 million Americans, in 2017 after Donald Trump took the U.S. out of the Paris Climate agreement, to create the Climate Mayors organisation.

RELATED: Breaking down the conspiracy theory mindset at the heart of climate change denial

"When [Trump] pulled out of Paris, the mayors jumped in," Boston mayor Marty Walsh told the Guardian at the conference. "I think that Donald Trump's inaction in the long run hopefully will be good for the climate, because it's energized and activated more mayors to do more."

Putting America's mayors at the negotiation table at the UN would be a bold move to diminish Trump's power. But it's a necessary one at a time when the federal government is shirking its responsibility to help the climate crisis.

Garcetti believes that Trump's climate denial is party due to his ignorance on the topic. "One, he's denying it for his friends in certain industries, and number two, I think he's denying it because he knows nothing about it," he said.