Americans believe we spend around 26% of our national budget on foreign aid. Here's the truth. 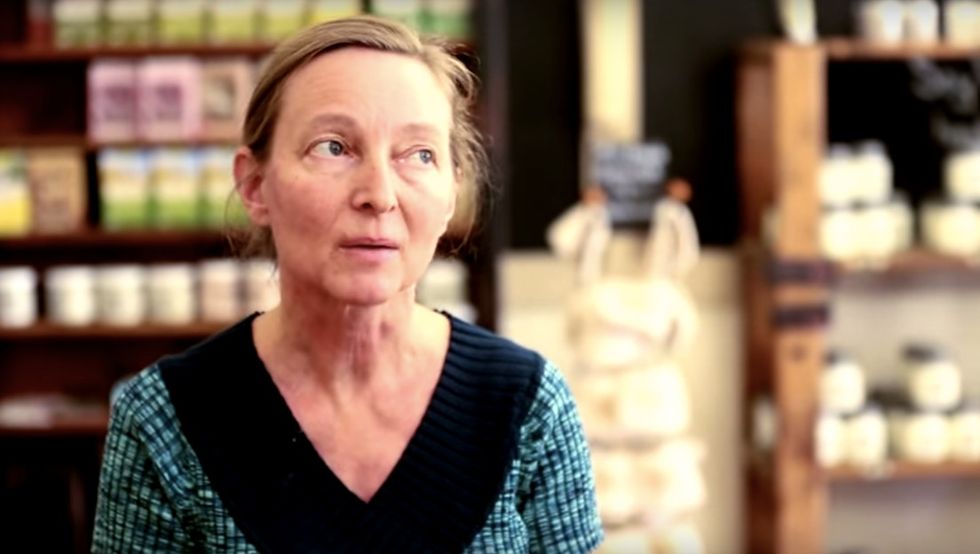 "I think the U.S. spends too much money helping out other countries when we clearly have a sh*t ton of problems being ignored in our own," said a dear friend of mine.

I was asking for her thoughts on how the United States goes about helping other countries through foreign assistance. It can be a confusing and controversial topic.

As it turns out, her response is a common one.

So if the general sentiment is that we're spending too much helping other countries on things like health, economic development, and humanitarian assistance ... just how much are we actually spending?

Americans believe we spend an average of 26% of our entire U.S. budget on foreign aid.

I'm not going to go all math class on you, but to put it into perspective, our entire fiscal year 2016 budget (as it stands) is around $4 trillion. So the thinking is that over a fourth of that is being used toward other countries — or is it?

The reality is America spends less than 1% on foreign aid.

According to ForeignAssistance.gov, America spends approximately 0.8% of its entire budget on foreign aid.

Considering foreign aid is such a tiny, tiny, tinyyyyy fraction of our spending, America is really making huge strides.

Think about these five ways the U.S. has been able to improve other countries while spending less than 1% of its budget:

Just to put that into perspective there are about 8.4 million people living in New York City. A whole New York City got saved. Cool.

And that's not all. According to USAID, more than 14.2 million pregnant women have been supported with HIV testing and counseling and provided prevention of mother-to-child HIV transmission to more than 749,000 HIV-positive women. 95% of those babies were born HIV-free, which is great news for future generations.

Malnutrition contributes up to 45% of all childhood deaths. Oof. Agricultural programs like Feed the Future are working to cut that in various, sustainable ways.

In just 2014, Feed the Future reached more than 12 million children with nutrition interventions and helped nearly 7 million farmers gain access to new tools or technologies such as high-yielding seeds, fertilizer application, soil conservation, and water management. It's teaching them how to help themselves.

3. Deaths caused by malaria in African children have dropped by 51%.

Foreign aid programs have helped bring malaria rates down in a historic way. A 51% drop between the years of 2000-2012 has meant that 500,000 African kids under the age of 5 have been saved each year and otherwise wouldn't have, Foreign Policy and a 2013 report from the World Health Organization explain.

4. More moms and babies are staying alive. Millions more of them.

Moms used to die in childbirth. That number has been halved. HALF! We halved it with 1% of the budget.

Many of these deaths can be easily prevented or treated with simple and affordable interventions, which makes me very hopeful we can help decrease these numbers even more.

5. Mobile banking is GIVING people a future ... and it is the future. And it's happening now!

No bank? No problem. We're putting banks in cell phones! Next thing you know, women are taking out loans and opening up businesses.

There are 1.8 billion people in the world with access to a phone but not to a bank. That's beginning to change. A big shift in foreign assistance is to focus on effective ways to expand poor people's access to formal financial services, and phones are proving a great way to do it.

A great example lies in Nepal. According to USAID, over 300 mobile financial services agents in 30 of 75 districts are now operating in Nepal. In 2013, banks serving Nepalese clients were expected to reach more than 19,000 new clients, with more than $2.3 million in rural loans disbursed to almost 8,000 borrowers — most of them women. That's how businesses are started and people become able to contribute to the economy. Bam! Progress.

We do have problems in our own country that need addressing. But we're also not exactly using up all our resources on other countries either!

How do you feel knowing how effective America has been with it's 1% of the budget?

If you're like these folks, you start seeing things a little differently.

Some even start to think that maybe we should could even do more.

I'm happy to know that America's budget is getting used in this way. It's a tiny sliver of money, prioritizing helpfulness, and the result is billions of safer earthlings. Oh, the possibilities!

ONE set out to ask for various thoughts about our contributions overseas. How would you answer?