A white woman called the cops on a black family BBQ, so this group threw a bigger one. 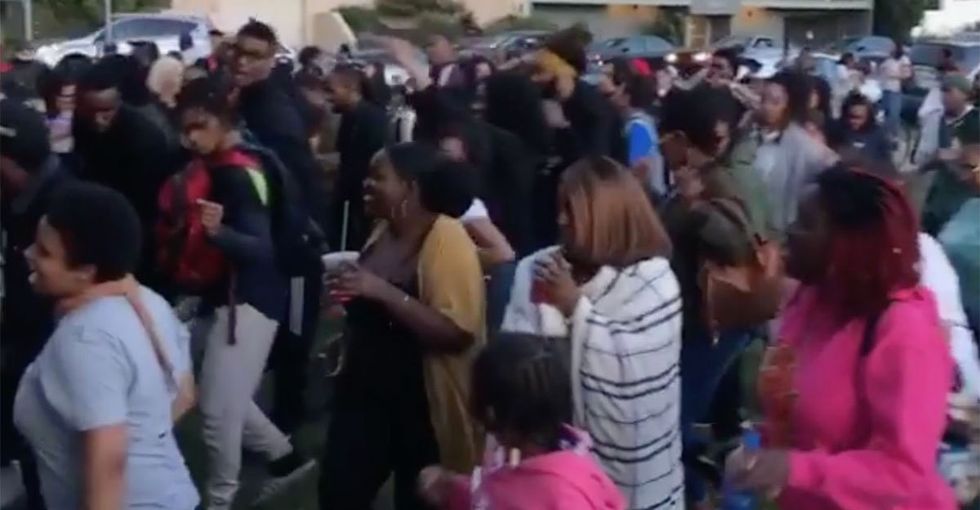 When an Oakland community was hit with a low blow, they turned the music right on up.

Just two weeks after a white woman called the cops on a black family attempting to have a barbecue on April 29, 2018, at Lake Merritt Park in Oakland, California, local residents responded by throwing an enormous cookout at the site, complete with music, food, dancing, and pure, unadulterated black joy.

This how we feel about mad ass Oakland gentrifiers

Blacks folks in Oakland through an even bigger barbecue in the exact spot where a white woman called the cops on a… https://t.co/wvErcxRZIl
— Brandon Patterson (@Brandon Patterson)1526013655.0

The jubilant event came on the heels of a much less joyful event in the local park. Two weeks earlier, a white woman had gotten uncomfortable with a black family grilling along the waterfront. When the family refused to follow her orders to leave, the woman called the police and even accused one of the women at the park of harassing her. Oakland city council member Lynette Gibson McElhaney was one of the many local leaders who called the incident what it was: blatant racism.

"Police are not private security for any white person that's offended by the presence of black folks in our public spaces," McElhaney told HuffPost.

This incident is just one of the many recent events where black people have been harassed for — well — being black.

Earlier in May, someone called the police on a black Yale University student who was napping in her dorm's common area. In April, two black men were arrested during a business meeting at Starbucks for "trespassing." Bob Marley's granddaughter Donisha Prendergast was recently harassed by police while she was leaving her Airbnb. And these are just the documented events.

While black Americans' ability to go high when others go low is pretty much unmatched, it's not an ability black Americans should have to use. By and large, all of the individuals who were harassed above were trying to live their everyday lives like everyone else. Our nation must stop viewing people that look different as "other," and it must stop criminalizing blackness.

When black Americans are constantly harassed, abused, and bothered simply by being black in their jobs, schools, and neighborhoods, we foster a society that is unsafe and unwelcoming, further creating a nation divided and a culture of divisiveness. This country deserves better, and black people deserve better, too.