A photographer told these black girls and boys to be themselves. These are the photos she took. 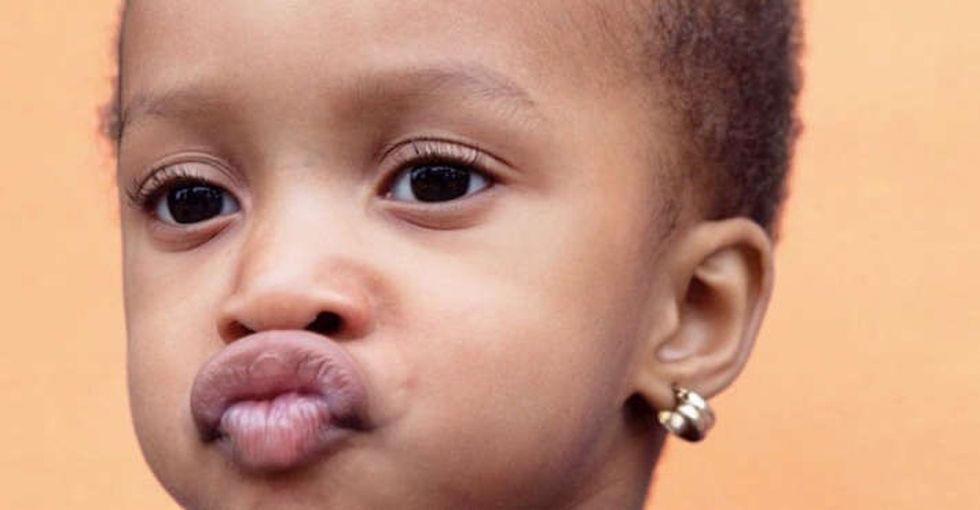 When Emily Stein moved into a new neighborhood in London, she saw beauty and creativity the likes of which she'd never seen before.

It was the beauty of the stunning, distinctive hairstyles of children from first and second generation West Indian and African families that caught her eye.

A portrait photographer, Stein was instantly drawn to the children and decided to photograph them for "Hairdo," her latest photo series.

Stein didn't pose or direct the children; she wanted them to feel as comfortable as possible and be themselves.

"I really wanted the images to feel like they were an expression of the children featured, so I encouraged them to do as they wished in front of the lens," she told Upworthy.

The kids took Stein up on her challenge, and it led to these outstanding photos:

All photos by Emily Stein, used with permission.

Their natural hairstyles are as playful, beautiful, and imaginative as the kids themselves.

Stein and her photography partner Celia West raced around London scouting charismatic kids with equally captivating hairstyles and explaining the project to their parents. The pair carried rolls of bright, candy-colored paper with them and taped up makeshift backgrounds to achieve 18 perfect, joy-filled shots.

This isn't Stein's first time working with young people. Children and the young at heart are some of her favorite subjects.

Her previous series "Girls Camp" captured girls at a sleep-away camp. And another, titled "Mississippi's Finest," explored a slice of life in the heart of the American South. Whether at home in London or abroad, Stein enjoys capturing kids in their natural state.

"There is an openness and honesty in teenagers and kids which I think draws me to them," she said.

The "Hairdo" series has only been out a few weeks, but it's already garnering lots of positive attention.

Stein's work was featured in the British Journal of Photography and has attracted attention from all around the world.

She's also turning the project into a small book. Next week, she's hosting an exhibition in London. Though the stars of the show won't be able to attend (the event is held a little past their bedtime), she's excited to showcase the images in a larger format.

"There is something in [the large prints] that makes the images and the children's presence more powerful," she said.

Here's to these fantastic, beautiful kids.

And to photographer Emily Stein for celebrating and sharing their delightful, playful personalities with the world.