A new study found some surprising benefits to sexting.

It's not just curious teenagers with Snapchat who are sexting. 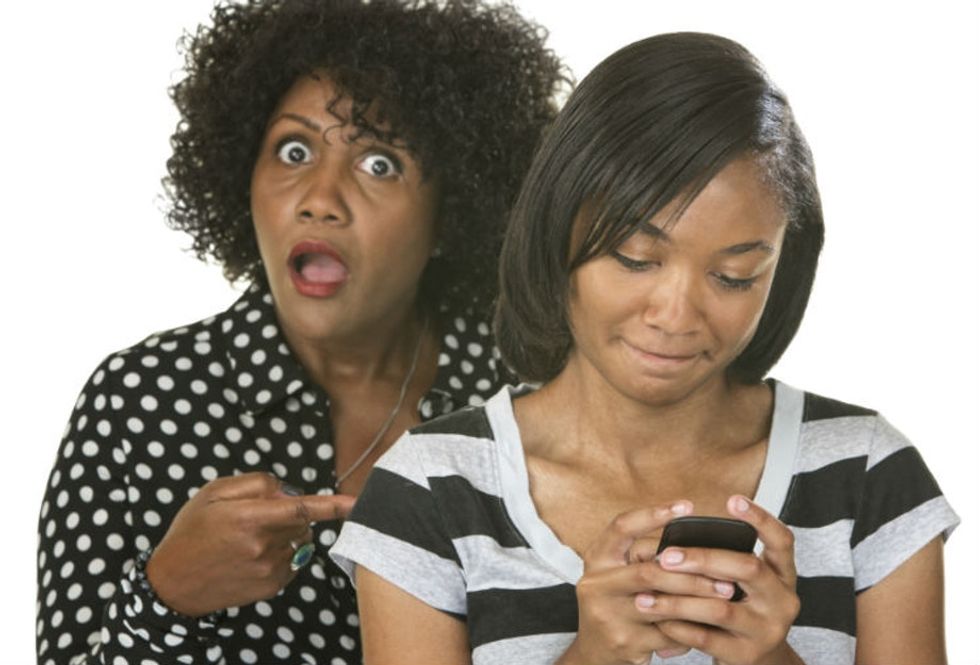 When you hear the word "sexting," what comes to mind?

If you're like many of us, you might think ... oh, let's see — naive high schoolers? Mortified parents? Possibly the word " REGRET" (note the bold, all-caps)? ... Am I close?

This face probably comes to mind. Photo via Thinkstock.

"Most of the conversations about sexting are about teens and young adults, and about the dangers," Emily Stasko, a Ph.D. student and researcher at Drexel University, told Upworthy. "But if sexting were only dangerous, it wouldn't be as popular as it is. People do it. Why is it that people do it?"

That question is why she started to do some digging.

Stasko found that the vast majority of adults are sexting — not just young people with raging hormones.

She co-authored the study " Reframing Sexting as a Positive Relationship Behavior," which surveyed 870 heterosexual American adults on their sexting habits ("sending, receiving, or forwarding sexually explicit messages, images, or photos through electronic means").

Her research, which was presented at the American Psychological Association's annual convention in Toronto on Aug. 8, 2015, found 87.8% of participants admitted to sexting at some point in their lifetime, and 82.2% had done it within the last year.

While Stasko admitted the study may not perfectly reflect America's adult population and its sexting habits — the sampling was disproportionately white (roughly 80%) and, seeing as it was conducted online, likely attracted more tech-savvy participants, she noted — it found a "surprising" number of adults used electronics for sexual pleasure.

The study also found that sexting has some surprising perks.

The results found that "greater levels of sexting are associated with greater sexual satisfaction" — especially for adults who are casually dating or in a relationship (as opposed to single folks).

But hold your horses (and put down your phones). Stasko notes that her study doesn't endorse just any sexting.

Stasko made sure to mention "not all sexting is equal," and the research certainly doesn't support the idea that sexting is always a good thing. If anything, her preliminary research — which is in the process of being peer-reviewed and published — argues that we need to further examine all the positives and negatives of sexting before we buy in to the apocalyptic headlines that so often accompany stories on the subject.

It's also important to know that should anyone betray your trust by sharing your private photos against your wishes, you can do something about it.

While it's good to remember that there are definite dangers in ... um ... putting yourself out there...