A man walks into a gun store and is 'blindsided' by what he reads on the price tag.

It's amazing what a little context can do. 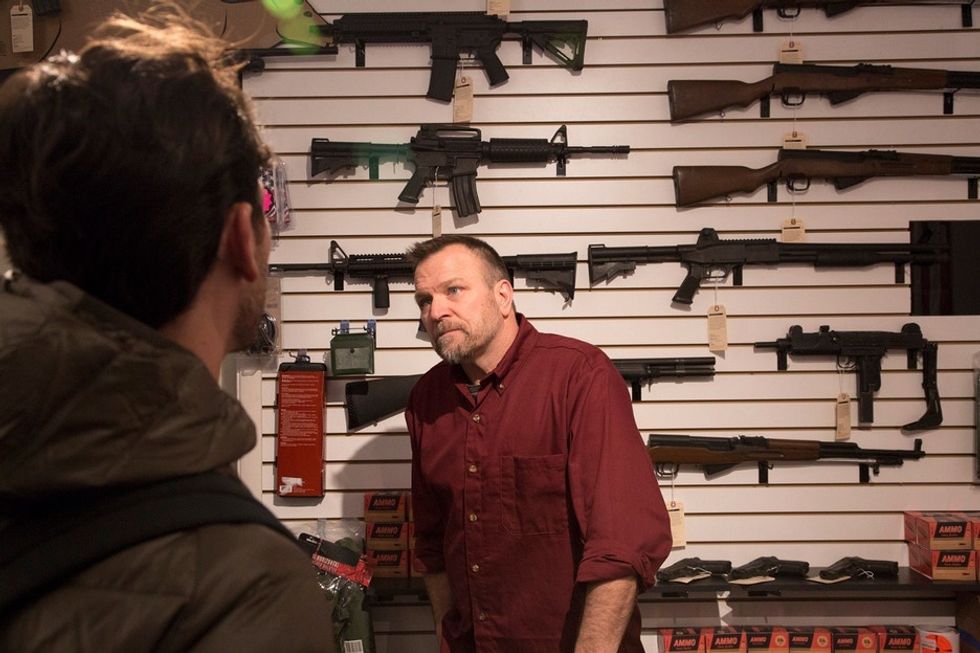 Over 60% of Americans believe owning a gun will make them safer.

But if people looking to buy guns for the very first time knew what those guns were capable of, would they buy them? That's what this social-experiment PSA set out to answer:

This pop-up "gun shop" is part of a campaign called Guns with History.

And it's bringing a unique element to the conversation about gun laws.

Instead of presenting people with statistics and tired political talking points, they gave them stories — the history of each and every gun on display.

While background checks for gun buyers are important, maybe giving potential buyers backgrounds on the guns themselves can be even more powerful.

The campaign has an amazing website with an online "gun store" that includes videos of cases in which each of the guns was used with deadly purpose.

It even has a personalized quiz to help people assess whether buying a gun is, in fact, going to make them safer, which is almost never for the average person, as many of the store's patrons — even supporters of Second Amendment rights — came to find out:

There was also a lot of this sort of reaction:

The debate over gun laws in the United States is frustrating.

Each side holds onto their positions for dear life. Gun safety advocates point to mortality statistics, studies, and polls that show the majority of citizens actually want stronger gun laws. And gun rights advocates lean on the Second Amendment like a crutch.

But this experiment should remind us that in all the political hubbub, we can't forget to connect the dots.

The campaign organizers are going after Congress, armed with the voices of concerned people like you. If you'd like to join the fight, sign this petition in support of three simple rules changes: