A ballet company's response to one football fan's sexist insult on Facebook was epic. 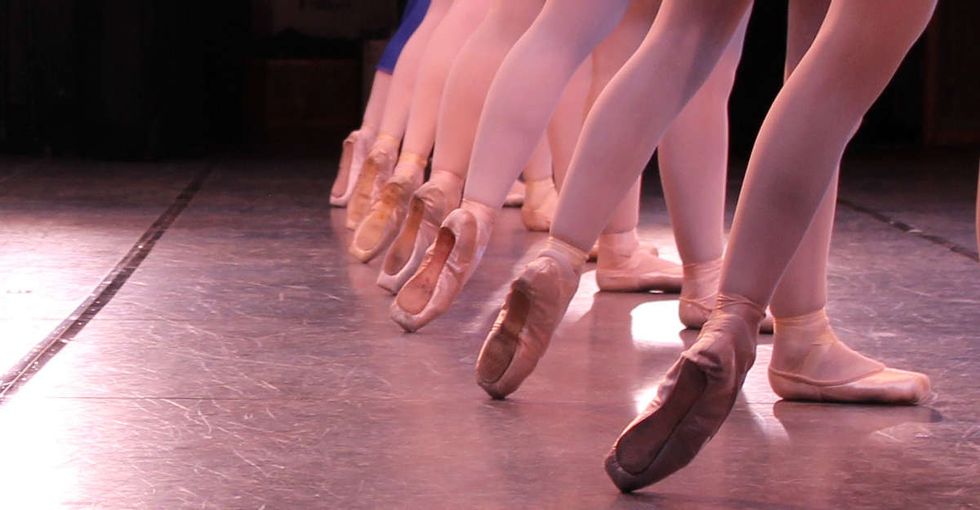 This article originally appeared on 01.05.16

When the Philadelphia Eagles' season came to an unceremonious end last weekend, many fans were, understandably, more than a little pissed.

Take the rest of the night off to sleep in your shame, boys. Photo by Elsa/Getty Images.

After the final game, one fan allegedly commented on Facebook that the team had "played like they were wearing tutus!!!"

...according to the Pennsylvania Ballet, which reported encountering the post on the social media site.

The Pennsylvania Ballet, whose company members regularly wear tutus, had a few choice words for anyone who thinks their light, frequently pink costumes mean they're not "tough."

"With all due respect to the Eagles, let's take a minute to look at what our tutu wearing women have done this month:

By tomorrow afternoon, the ballerinas that wear tutus at Pennsylvania Ballet will have performed The Nutcracker 27 times in 21 days. Some of those women have performed the Snow scene and the Waltz of the Flowers without an understudy or second cast. No 'second string' to come in and spell them when they needed a break. When they have been sick they have come to the theater, put on make up and costume, smiled and performed. When they have felt an injury in the middle of a show there have been no injury timeouts. They have kept smiling, finished their job, bowed, left the stage, and then dealt with what hurts. Some of these tutu wearers have been tossed into a new position with only a moments notice. That's like a cornerback being told at halftime that they're going to play wide receiver for the second half, but they need to make sure that no one can tell they've never played wide receiver before. They have done all of this with such artistry and grace that audience after audience has clapped and cheered (no Boo Birds at the Academy) and the Philadelphia Inquirer has said this production looks "better than ever".

So no, the Eagles have not played like they were wearing tutus. If they had, Chip Kelly would still be a head coach and we'd all be looking forward to the playoffs."

In case it wasn't obvious, toughness has nothing to do with your gender.

Gendered and homophobic insults in sports have been around basically forever — how many boys are called a "pansy" on the football field or told they "throw like a girl" in Little League?

"They played like they were wearing tutus" is the same deal. It's shorthand for "You're kinda ladylike, which means you're not tough enough."

Toughness, however, has a funny way of not being pinned to one particular gender. It's not just ballerinas, either. NFL cheerleaders? They get paid next to nothing to dance in bikini tops and short-shorts in all kinds of weather — and wear only ever-so-slightly heavier outfits when the thermometer drops below freezing. And don't even get me started on how mind-bogglingly badass the Rockettes are.

Toughness also has nothing to do with what kind of clothes you wear.

As my colleague Parker Molloy astutely points out, the kinds of clothes assigned to people of different genders are, and have always been, basically completely arbitrary. Pink has been both a "boys color" and a "girls color" at different points throughout history. President Franklin D. Roosevelt — longtime survivor of polio, Depression vanquisher, wartime leader, and no one's idea of a wimp — was photographed in his childhood sporting a long blonde hairstyle and wearing a dress.

Many of us are conditioned to see a frilly pink dance costume and think "delicate," and to look at a football helmet and pads and think "big and strong." But scratch the surface a little bit, and you'll meet tutu-wearing ballerinas who that are among toughest people on the planet and cleat-and-helmet-wearing football players who are ... well. The 2015 Eagles.

You just can't tell from their outerwear.

To get the job done.

Keep ReadingShow less
Get stories worth sharing delivered to your inbox
By signing up you agree to Upworthy's privacy policy.
Trending Stories
Joy