5 stories to tell people when they say their vote doesn't matter.

You've got to be in the booth where it happens. 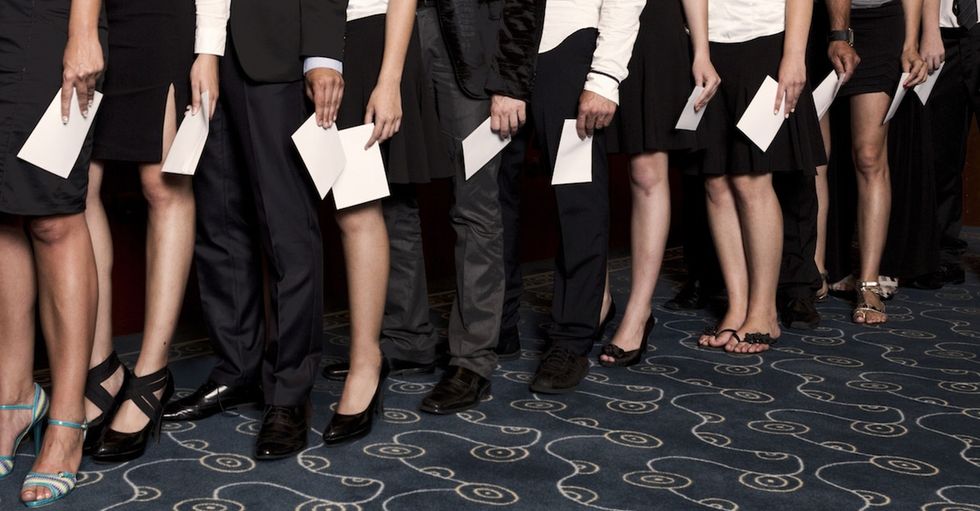 This November, tens of thousands of the country’s most important jobs are up for grabs.

How? Through our general elections!

It's the most wonderful time of every two or four years!

Beyond the famous ones like president, senator, House representative, and governor, there are tens of thousands of positions up for grabs — everything from seats in state legislatures to judgeships to school board commissioners. In some places, even the coroner and the dogcatcher are elected.

Like it or not, the work these elected officials will do over the next two to four years will affect every part of American life in small and sometimes really dramatic ways.

The President's refusal to address America's snack bowl crisis will go down as one of his greatest failures.

‌Citizens' right to select the people for these jobs is the basis of democracy.

For some nations, voting is what they’re fighting and dying for. When they get it, they turn up in BIG numbers.

When Iraqis earned the right to vote in 2005, 80% of the population turned out to cast ballots. Compared to them, America’s voting record is, to put it gently, less impressive.

Lots of research has gone into figuring out why people don’t vote. One of the most common reasons is also the most wrong: that an individual vote doesn’t matter.

After Steve decided he wasn't going to vote anymore, his face froze like this. FOREVER. Image via iStock.

There are moments throughout American history where big elections were decided by absolutely tiny margins.

1. In 1960, 63% of eligible Americans voted in the presidential race between Democrat John F. Kennedy and Republican Richard Nixon. JFK eked out a win by only 119,450 votes nationwide — 0.17% of the popular vote.

2. In 2000, only 51.2% of eligible American voters cast ballots for Republican George W. Bush, Democrat Al Gore, and Independent Ralph Nader. In the end, Bush became president by only five electoral votes after losing the popular vote by less than 1%. In the three Florida counties where the election was decided, Bush’s margin was even smaller: only 537 votes. Think about that: In 2000, the number of people whose votes decided the president could fit inside a large passenger airplane.

“But-but-but,” some might say, “my state/district always votes one way and I vote another. My vote doesn’t make a difference.”

If you’re an independent voter in a deeply red or blue state, it can feel pretty hopeless watching your presidential candidate struggle to make an electoral impact.

That said, the big flashy races aren’t the only ones on the ballot. Because not everyone takes the time to vote in every single race and for every measure on their ballot, the votes that are cast in these lesser races are even more important.

3. Democrat Marcus Morton knew a little about close races. In 1839, he won the race to become governor of Massachusetts by just one vote, earning the charmingly ironic nickname "Landslide" (yes, really). Then there’s Charles B. Smith. In 1910, he beat De Alva S. Alexander for a U.S. House seat from New York by a single vote.

4. In 1994, the race for a seat in Wyoming’s House of Representatives got as close as possible when Randall Luthi and Larry Call received the same number of votes. Even after a recount, the vote totals were the same: 1,941. In true Wyoming fashion, the race was settled in a gentlemanly way — with Luthi winning the seat after a pingpong ball with his name on it was pulled out of Gov. Mike Sullivan’s cowboy hat.

For all of these candidates, those few votes — the ones cast and the ones that weren’t — made all the difference.

Even when elected officials start doing their job, their votes on behalf of their constituents make a big difference, too.

5. Take, for example, the vote for a national health care system. After decades of failed attempts to develop a winning bill, the Patient Protection and Affordable Care Act, or Obamacare, passed the House by just seven votes. That’s 16.4 million more people who have health insurance, ultimately because of seven votes.

‌A future voter — or even a candidate. Image via iStock. ‌

Democracy is the only system we have. Changing how it works in the future means being a part of it now.

Democracy only works when people show up. So yes, voting matters—sometimes a little, sometimes a whole lot. You can sit back and believe your vote doesn’t count (thus ensuring that it never will). Or you can get in the game and use the power you have now to make a better, more representative future. Which will you choose?