3 of Steven Spielberg's 30 films have female leads. Elizabeth Banks isn't here for it. 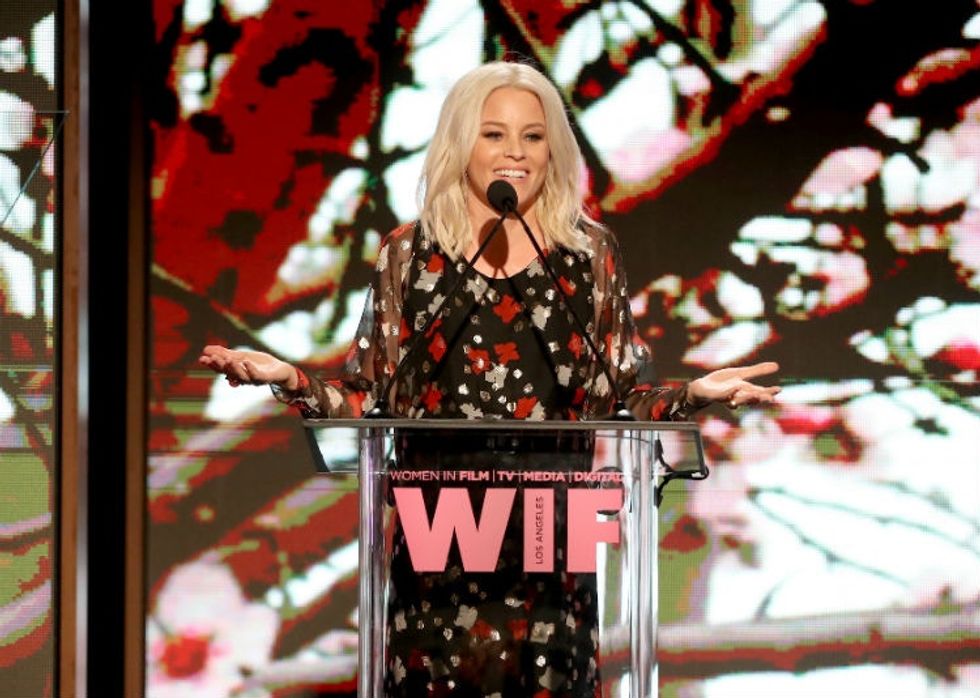 While accepting an award on June 14, Elizabeth Banks had a gutsy message for Hollywood powerhouse Steven Spielberg.

Banks was on stage at the Women in Film Crystal + Lucy Awards at the Beverly Hilton Hotel when she brought up a sad truth about one of the world's most celebrated directors:

“I went to 'Indiana Jones’ and ‘Jaws’ and every movie Steven Spielberg ever made," Banks said. "And by the way, he’s never made a movie with a female lead. Sorry, Steven. I don’t mean to call your ass out, but it’s true.”

OK, so it's not entirely true. But it's almost true.

Of the 30 films Spielberg's directed, just three have featured female leads (a fourth is in production now), The Wrap reported. Most notably, Banks failed to remember Spielberg was behind the iconic and consequential "The Color Purple" (Twitter users were quick to remind her). He also directed 1974's "The Sugarland Express" and "The BFG," released last year, both of which featured female leads.

The sentiment behind Banks' comment was spot on, however. Spielberg's preference for male-led films isn't unique to him — it's reflective of an industry-wide problem.

Most popular Hollywood films are dominated by male characters, The Washington Post reported in April. It's an issue that'd surely get much better if more women were directing films (men run the show behind the vast majority of movies being made), but women are continuously struggling to be taken seriously as the one helming the ship. The problem is demonstrably worse if you zero in on women of color.

For Banks — who directed "Pitch Perfect 2" and is working on 2019's "Charlie's Angels" — part of the solution starts at home, with the audience.

“Buy a fucking ticket to a movie with a woman," she told parents in the crowd while accepting her award. "Take them, give them the experience of seeing amazing women on film."