19 incredible photos of Olympic athletes letting their feelings out after winning gold. 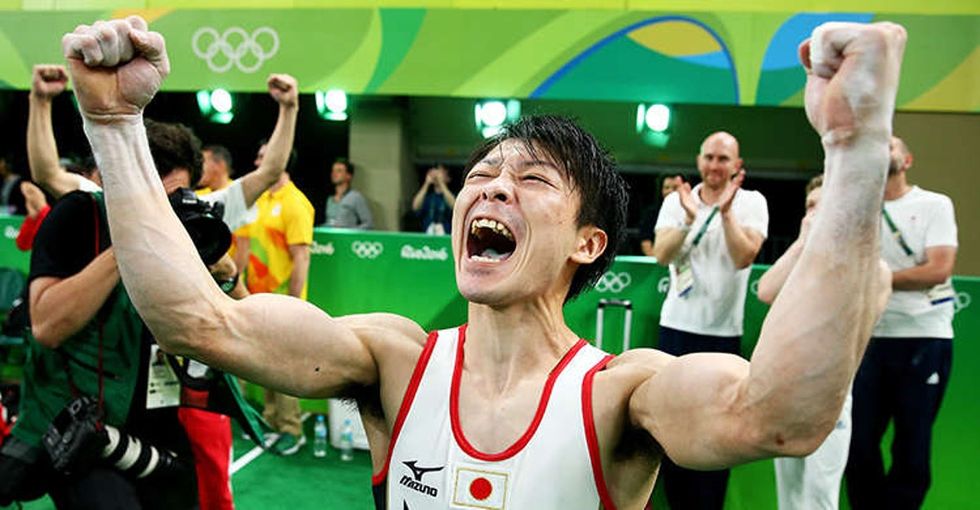 ​Only a small number of people in the world know what it's like to win an Olympic gold medal.

Michael Phelps knows what it's like. 21 times. Photo by Adam Pretty/Getty Images.

We watch them win, when it all seems so effortless. We don't see the years of practice, dedication, bruised muscles, broken limbs, progress, setbacks, and triumphs that come before.

What is it like to experience that victory? To experience the rush of absolute certainty that you are — finally, unequivocally — the best in the world at what you do?

Some athletes report feeling "ecstatic." Others describe a sense of relief or disbelief. Some admit feeling lost or depressed after it's over. Others express gratitude for the doors that swung open for them after the win.  Still others describe a newfound responsibility to fans and their country.

None of that matters in the few seconds after they realize they are champions, as these 19 glorious, heart-stopping shots of athletes experiencing that exact moment from Rio show:

4. Kyle Chalmers of Australia after nailing the men's 100-meter freestyle.

5. Áron Szilágyi of Hungary after pulling down gold in men's individual saber.

6. Dmitriy Balandin of Kazakhstan leaping out of the pool after his men's 200-meter breaststroke win.

7. Jack Laugher and Chris Mears of Great Britain letting it out after their men's synchronized diving victory.

10. Mashu Baker of Japan after winning the final bout of the men's 90-kilogram judo event.

11. Michael Phelps of the United States adding to his historic tally in the men's 200-meter butterfly.

14. Katie Ledecky of the United States after edging out her competitors in the women's 200-meter freestyle.

15. Rafaela Silva of Brazil falling to her knees after slaying the women's 57-kilogram judo final.

19. Simone Biles and Aly Raisman of the United States embracing after leading the women's gymnastics team to a victory in the team final.

Congratulations to the champions. The hard work paid off, and the hard part is done.

Here's to many more victories — large and small — ahead.