17 American quirks we don't realize are super weird to people from other countries. 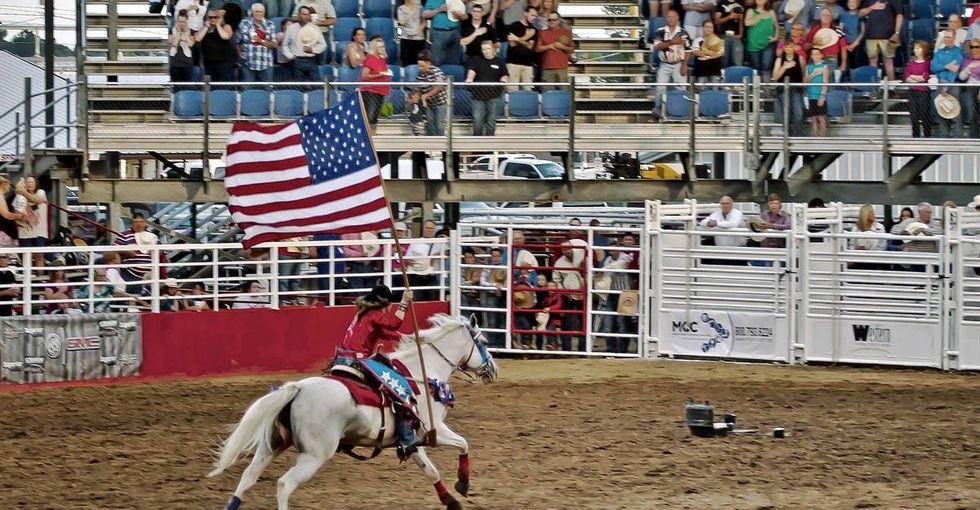 Americans are often criticized when they go abroad for being ignorant of other languages, cultures, and geography.

While some see it as a sign of arrogance, it's also a symptom of America’s physical isolation from the rest of the globe and its political and cultural dominance over the past century.

To put it simply: You probably don’t need to speak another language when almost everyone else speaks yours.

However, as a younger nation preoccupied with itself, America has yet to develop the self-awareness that older countries have had for centuries. Blinded by a misplaced sense of superiority, many Americans don't realize that some of the things we do are bizarre to people abroad.

Many are put off by our overzealous patriotism, expensive health care, violence, and gluttonous eating habits. While, conversely, they love our friendliness, creativity, and business savvy.

To help Americans develop a better sense of how the world sees them, Reddit user timetofeedthemonster asked non-Americans on the online forum: “What are some quirks Americans don't realize are super weird?

Here are 17 of the most eye-opening responses.

Your news stations and reporters telling people how to feel. Like when something bad happens the reporters will describe it as shocking and horrific and go on to talk about the emotional aspect of the event, etc often throwing in their own personal comments in between. I watch a lot of different news sources from a lot of different countries and America is the only country of seen where the news has a subjective aspect to it, rather than reporters simply objectively reporting current events

Why are alcohol laws so strict? Having to be 21 to drink alcohol and being able to drive at 16 is just absurd in my opinion. Also why can't you enjoy a beer while going for a walk outside?

Shouting "WOOO" every time something happens.

You have like a 3" gap around all your bathroom stall doors for everyone to see in. It's like you may as well not bother with the doors all together.

Keep paying your college studies until you are 40.. wtf

Americans use suing as a threat. I heard a lot of stuff like "If that happened to me I'd sue their ass" from Americans and never from any other people. Do you really sue each other often?

Been living in US for nine years now and the food portion sizes still baffle me. I mean, I'm down for leftovers anytime, but holy shit, they're still excessively large. Also, I don't understand why slippers haven't caught on. I mean, they're comfy af.

Reciting the pledge of allegiance in schools. It feels like something right out of North Korea.

10. Our views on heritage

11. The volume of our voices

Why are American tourists so damn loud? They always act like nobody else can understand English.

American athletes slapping each others arses.

Flags everywhere. What, do you forget which country you are from?

How "un-American" is probably the worst insult possible.

Most Americans answer with the state they're from when asked, instead of country. As if all American states are known worldwide. Most of you wouldn't have a clue if the rest of the world did the same.