15 socially-acceptable things that future generations will see as backwards. 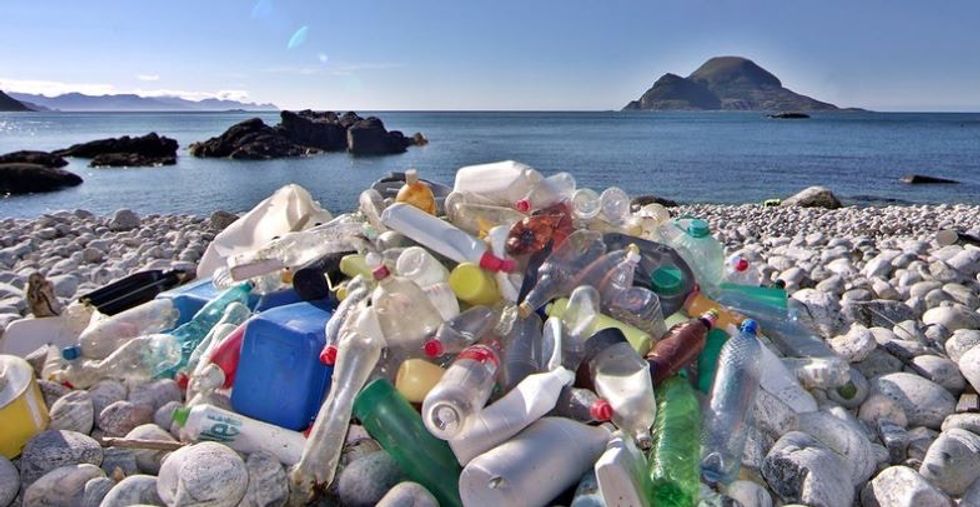 There are a lot of things we look back on and cringe. There are gross inhumane injustices such as slavery and war. But there's also some pretty disgusting, unhealthy things that were routine just a few years ago, such as people smoking in restaurants.

Even though we like to think we’re so advanced and enlightened, in 50 years, future generations will look at our behavior and they’ll think we were seriously backwards.

“Using something as strong and durable as plastic to make packaging destined to be thrown away.” — DarkmatterAngry

“Letting businesses pay politicians who are then responsible for setting laws that apply to the businesses." — NovaPrime54

3. The business of higher education

“Colleges sucking every fucking dollar out of you that they can. Fucking scam artists." — unknownelemental

“The insane workaholic culture we have that promotes unhealthy amounts of overtime and getting to work early every day." — okbutwhytho

“Allowing children to eat so much sugar." — xFruitstealer

“Social media in general it’s proven that it takes a toll on our mental health but we still use it all the time anyway." — usernameslikm

“The North American obsession/fetishization with work. European countries already have it figured out that productivity isn’t linear with time worked and 50-80 hour weeks aren’t doing anyone any good. We’re still stuck with bragging about how little we slept and how many hours we worked this week, when so many of us are probably non or low functioning for many of those hours worked anyway."  — LazyStreet

“Influencers”, or in other words, people expressing an opinion (or worse, being paid to express an opinion) with the intent to influence others.

If I am looking to buy a new product that I am not familiar with, I will look for honest reviews. Unfortunately, honest reviews are virtually impossible to find today – they are either written by the manufacturer themself, or by a paid 'customer' (influencer).

The only honest reviews are the negative ones by pissed off customers, but those are also not reliable, since they could be coming from someone who has been paid by a competitor, or just someone who happened to get that one faulty product that slipped through the QA checks," — Count2Zero

“The idea that it is correct and sustainable for the current generation to borrow from future generations to consume now.

Almost nothing of the way we now pay for things in the long term is ethical. The most obvious example is the environment – we are consuming now by leaving environmental debt for our children – but the same is true of welfare as pensions and medical care. We have fewer and fewer children and we both live longer and have greater demands and expectations. This means that our children have to both work harder to have the same standard of living that we had and in the end they are loaded with debt to pay for our welfare." — vzenov

“I really hope this extremely polarizing political climate is seen as backwards and immoral in the future." — Lead5alad

“I think one day some future generation will think “Can you believe they used to just let people drive these multi ton metal boxes at high speeds? They just accepted car accidents and traffic as a fact of life. I think this even now when I’m doing 80-85 mph on the highway and I look over and the driver next to me is doing the same speed while looking at their phone." — A_Naany_Mousse

“Posting pictures of your children on social media." — KatySaid

“Hyper-politicizing everything. 'Gotcha' debates where the aim is just to win the argument rather than actually being right or making sensible points." — saugoof

“My money is on the current methods of cosmetic surgery. Jamming sacks of fluid in a lady’s chest to create bigger boobs, for instance, seems like something for which there will one day be a better practice." — BreatheMyStink

This article was originally published by our partners at Did You Know Facts.

Keep ReadingShow less
relationships
Get stories worth sharing delivered to your inbox
By signing up you agree to Upworthy's privacy policy.
Trending Stories
joy
Pop Culture