The world's deadliest garden lies inside an ancient English castle. 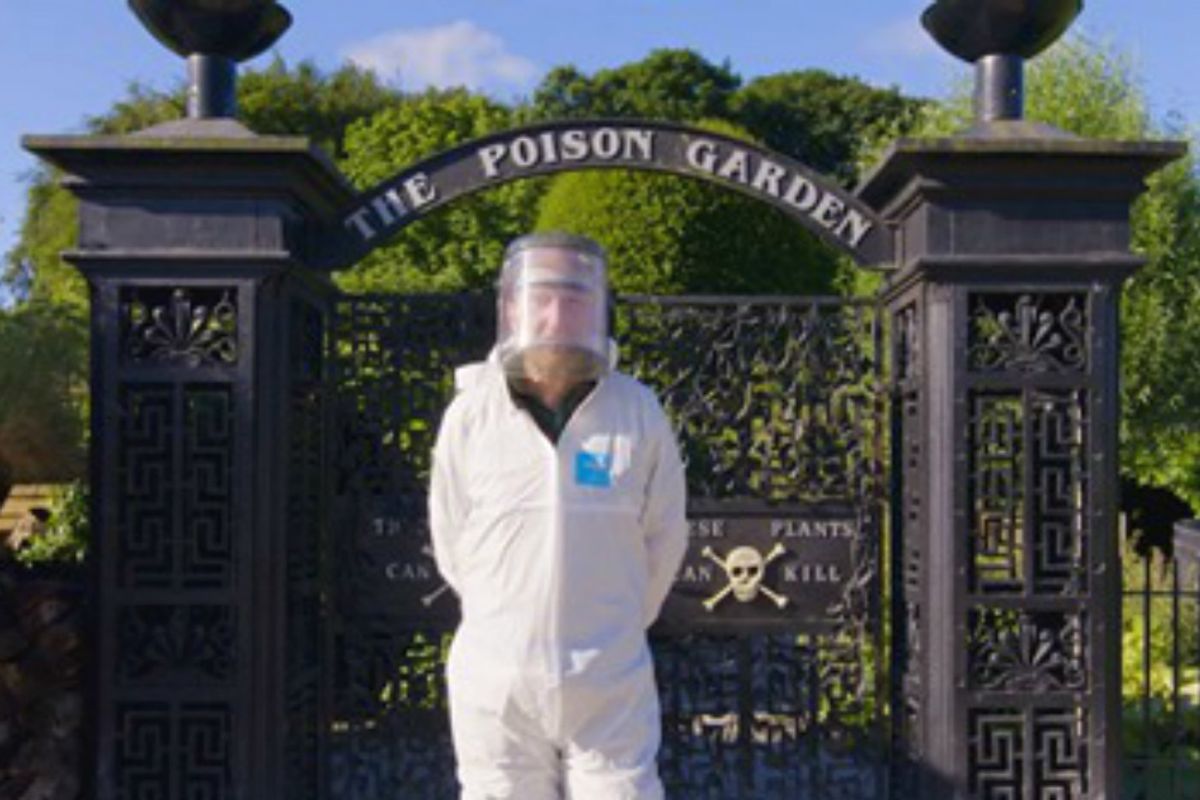 The Poison Garden of Alnwick www.youtube.com

Plants have the power to heal us, yet plants have the power to harm us. There's an unusual garden that's dedicated solely to the latter. The Poison Garden located on the grounds of Alnwick Castle in Northumberland, England is the deadliest garden in the world. In the Poison Garden, you can admire the plants with your eyes, but you're not allowed to touch or smell anything, because every plant in the garden is poisonous, and can possibly even kill you. The name of the garden should be a dead giveaway.

The garden was created in 2005 when Jane Percy, the Duchess of Northumberland, wanted to show people the scariest plants around. "I wondered why so many gardens around the world focused on the healing power of plants rather than their ability to kill," the Duchess said. "I felt that most children I knew would be more interested in hearing how a plant killed, how long it would take you to die if you ate it, and how gruesome and painful the death might be." Honestly, she's got a point.

There are over 100 plants in the Poison Garden, and they're all wicked in some way. Oddly enough, many of the plants found in the Poison Garden can be found right in your backyard. Some of the narcotic plants, like poppies, cannabis, and tobacco don't sound so bad. But some plants sit behind caged because they're so deadly. The head gardener, Trever Jones, even has to tend the garden wearing a face shield, gloves and protective bodysuit just to get around.

The garden contains dangerous plants like hemlock; foxglove; Atropa belladonna; and strychnos nux-vomica, which is where strychnine comes from. There's also the plant Rincinus communis, which gives us castor oil, but also gives us ricin, which is a poison. Laurel, which also lives in the garden, is a pretty plant that produces cyanide. Although, hogweed might sound like the nastiest plant in the bunch. Touching hogweed sets off a phototoxic reaction and burns the skin. Blisters caused from the reaction to hogweed can last up to seven years. When hogweed gets on you, it means business.

The garden contains many beautiful killers, such as Laburnum trees, which have stunning yellow flowers, as well as deadly seeds. Aconitum (aka monkshood) is another deceptively deadly plant. It has pretty blue flowers and poisonous berries. The leaves, roots, and stems of acontitum can also kill you. It sounds like it's a plant you should stay away from altogether.

The fact that the Poison Garden is filled with literal poisons doesn't stop people from attending. Around 800,000 people visit the garden each year. Part of the point of the garden is to educate children on the dangers of drugs, and we have to hand it to the Duchess for coming up with a clever way to teach kids a lesson without letting them know they're learning. It sounds a helluva lot better than the D.A.R.E. program.