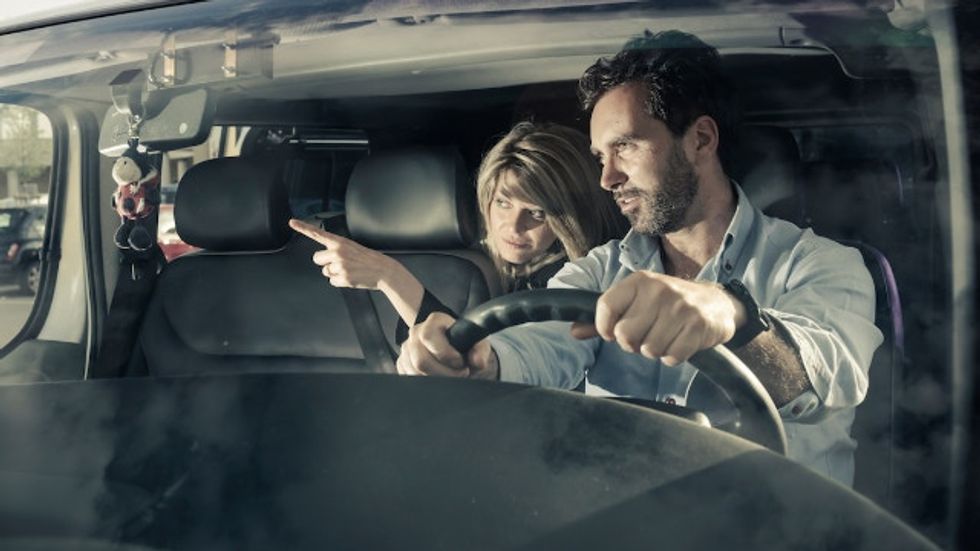 In case you haven't experienced it firsthand, being a woman is pretty weird. You never know when a totally normal day can suddenly turn into a horror film.

This is what happened recently to a woman named Anna Gillcrist, who was just trying to get home safely from her friend's bachelorette party. Unfortunately, things took a turn for the terrifying when her Lyft driver decided to make advances at her.

Last night I took a @lyft home from my friends bachelorette. It was a line, so there were two people in the back se… https://t.co/xieDn4Xtis
— Anna gillcrist (@Anna gillcrist) 1554668201.0

"Last night I took a @lyft home from my friends bachelorette," she writes. "It was a line, so there were two people in the back seat when I got in. Once they were dropped off, the driver immediately leaned over to me and asks 'do you have a boyfriend?'. I paused, and didn’t respond."

Then things got even worse as he continued to aggressively question her.

He looks at me and asks “is your boyfriend home?” I immediately realized the doors were locked and I said “please u… https://t.co/MuwK9fAQU4
— Anna gillcrist (@Anna gillcrist) 1554669585.0

Fortunately, Gillcrist was able to get home safe. But when she took her complaint to Lyft the next day, they were horrendously unhelpful.

This morning, I spoke with @lyft on the phone and told them exactly what happened. The man said “Well ma’am we will… https://t.co/rBqgCHiFaI
— Anna gillcrist (@Anna gillcrist) 1554669616.0

I want more than a stupid $5 credit. Your driver put me in a scenario in which I thought I might be kidnapped, rape… https://t.co/FMvEEegzzj
— Anna gillcrist (@Anna gillcrist) 1554669670.0

Justifiably, she is furious with Lyft for allowing a predator to continue working for them, which puts other women's safety at risk.

"So please let me know when you decide to do the right thing," she writes. "I'm not going to drop this."

Her story, which scarily is not uncommon for women who take ride-share apps, has gone viral. And Twitter users are jumping in to offer support and encourage Lyft to take action.

Some are even threatening to shut down their own accounts.

@AnnaGillcrist @lyft @lyft i’m about to shut down my account unless you do what right here. Your response so far is completely disgusting
— Liza Persky (@Liza Persky) 1554811411.0

And other women are sharing their own harrowing experiences with rideshare apps.

Let's hope Lyft and Uber get these messages and take some serious initiative to step up their safety policies and do more to keep sexual predators out of their drivers seats, thankyouverymuch.