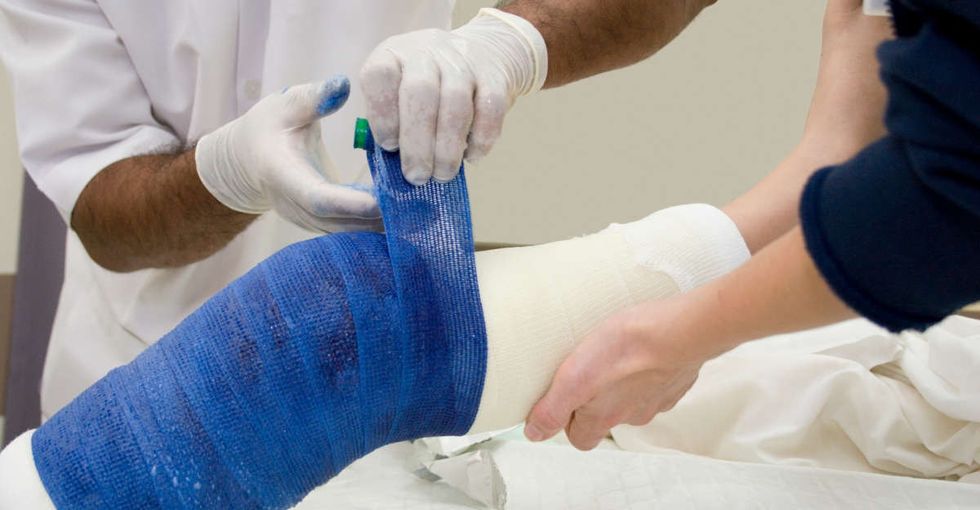 Freddie shucks corn in his cast. Photo by Ashley Teer.