When Billie Holiday performed this song live, she refused to come back for an encore.

Though it was originally written by someone else as a protest song of sorts, this is one of those gems that a singer just totally owns from the start. 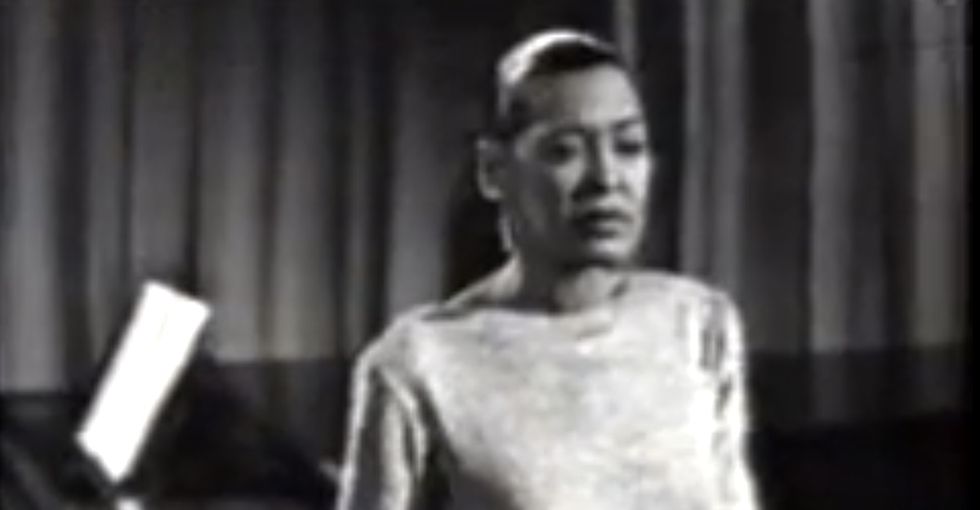 "Strange Fruit" was shocking to many people when it came out in 1939. Even Ms. Holiday herself was initially reluctant to sing it, fearing retribution. Though many people knew that lynchings of African-Americans in the South were common, there was much resistance to ending it, since it was an effective means of social control and political intimidation by Southern whites.

Holiday said she always thought of her father when she sang this song; he died at age 39 after being denied medical treatment at a Texas "whites only" hospital.

Because the song was so powerful and poignant for Holiday, there were some rules when she performed it: She would close the evening with the song, the waiters would stop service when the song began, and the room would be in total darkness except for a spotlight on Billie Holiday's face. And there would be no encore.

Her voice is strong and impressive in this clip, but just look at the incredible expressiveness in her eyes as she sings the haunting lyrics.