What one mom wants you to know about stressing less when your teen takes the wheel. 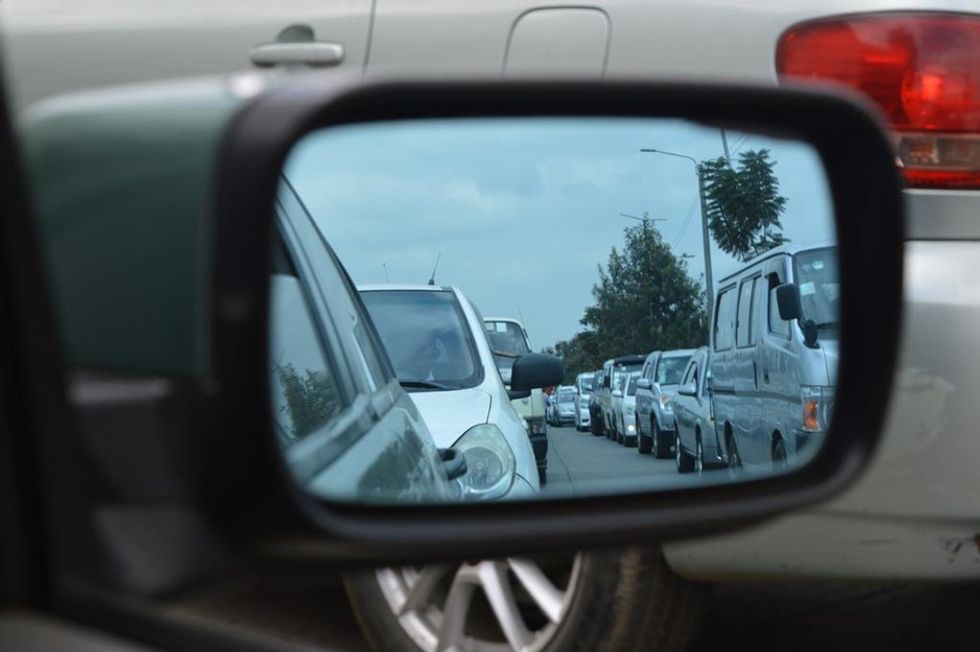 As a mother to three boys, I was nervous about teaching them to take the wheel.

When they were little, it never occurred to me that we’d spend a better part of the teenage years teaching and worrying about each of them as they became new drivers.

But one after the other, they turned 16, got their permits, and looked to me to help teach them how to become responsible drivers.

Today, my oldest son is 20 years old and has been driving for three years. My middle son, 18, has been a licensed driver for almost 16 months. and in less than a year our “baby,” now 15, will have his driver’s permit.

And while I’m not through this process of teaching them all to drive just yet, the good news is that with each one, it got easier. Not only did they learn to drive safely, but I also learned some important lessons about how to make the process less stressful for both of us. I know that these lessons are bound to help me with my youngest when the time comes to teach him to drive too. They might even be helpful for other parents too.

My middle baby passed his road test. Here is a photo of him filling out the appropriate papers to get his license while his proud stepfather looks on and silently judges his handwriting... Congrats @kz_chuck for pulling it off and passing the road test on a shittastic rainy day. ❤️👍

Here are five things I learned from the experience of teaching my kids to drive:

In the beginning, it took my sons longer to have the confidence to do things that seasoned drivers don’t even think about. It took longer for them to accelerate to the appropriate speed or to make that left turn or parallel park.

It’s a lot like when they first started walking: each took their time and had different methods of keeping their balance. Behind the wheel, it’s the same. I now know that each child will have different apprehensions and challenges, and that time and patience (and practice on safe, quiet roads) will help a new driver build confidence.

Photo by Alejandro Salinas via iStock

Positive reinforcement goes a long way with a new driver. Rather than constantly saying “watch out!” or audibly gasping while he’s behind the wheel and I’m in the passenger’s seat, I’m make a conscious effort to tell him what he was doing right. Telling him what he did wrong can be done in a constructive way too.

3. Let others guide them.

Friends, siblings, and cousins can be great resources. Talking about their experiences resonates in a certain way that a parental voice doesn’t. Young people often receive advice from peers and siblings better.

4. Remember that all of us were new drivers once.

Most of us managed just fine during those first few years while our parents cringed in the passenger’s seat or worried while watching through the window at home.

New drivers can become great drivers when parents and other mentors are caring and confident. When kids grow up and get ready to take the wheel, I now know I need to show them more confidence than fear.

In the same way I patiently waited for my sons to sound out words as they learned to read and ride their bikes without training wheels, I need to allow them to go at their own pace in getting comfortable behind the wheel.

5. Trust that they'll find their way ... with a little guidance.

Just like his brothers before him, I will remember that no matter how hard it is at first, my "baby" is going to learn to be good, responsible driver in no time. In a few years, all the worrying is going to be behind me, and I'm sure he'll be ready to drive me everywhere.