What if one of the Earth's natural recycling methods stopped working? Because that just happened. 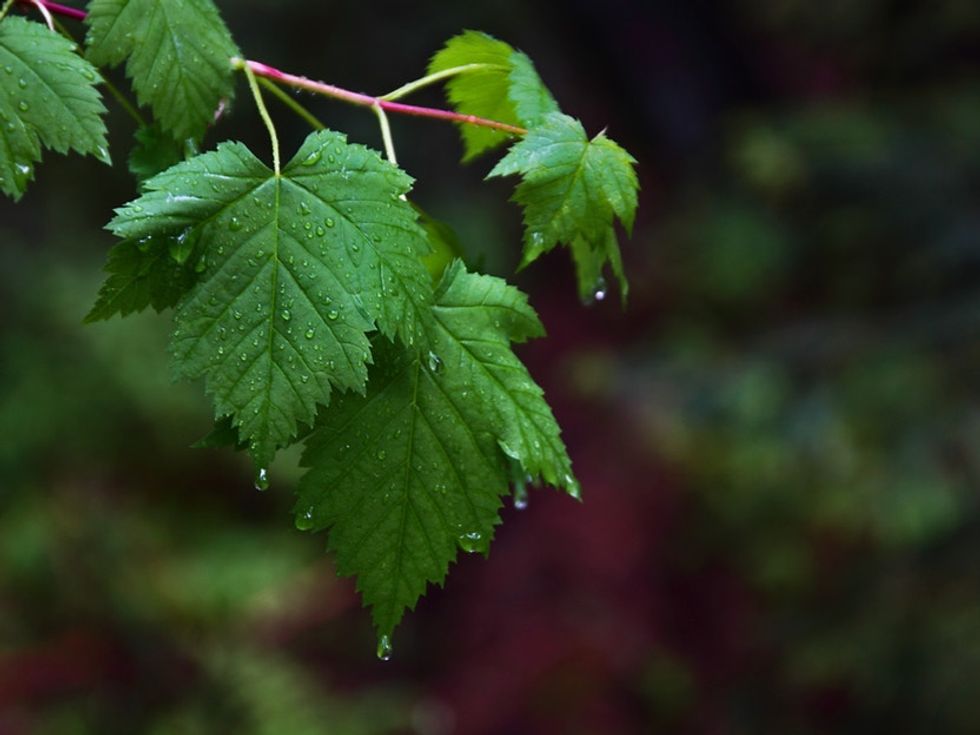 To recap: Liquid water gets evaporated by the sun and turns into condensation in the sky, which moves with the clouds and then gets turned back into rain (or snow, or sleet, or...), which falls back down to Earth and eventually runs off back into a major body of water and evaporates again, and so on and so forth ad infinitum.

Now for a visual:

If you don't remember this from elementary school, it's probably because you were distracted by this other incredible (fictional) feature of the ocean:

GIF from "The Superman/Aquaman Hour of Adventure."

It's one of Earth's built-in features and a crucial component of our ecosystem. It would totally suck if we broke that.

Clouds and rain and sunshine and, well, everything that qualifies as "weather" are affected by water circulation — and it makes life on earth possible.

It causes things like how water from the Pacific gets dumped over London, or how the cold fronts collaborate with winds to spread seeds across across the Amazon rain forest that get buried by soil runoff (and fertilized by rain from the Arctic Circle) and sprout into trees that bear fruit, which feed the animals and humans alike, and then —

You get the picture, right?

Aquaman <3 water circulation. GIF from "The Superman/Aquaman Hour of Adventure."

Water circulation isn't just a neat little feature like that weird backup-assist camera on your car (those things freak me out). It's the wheels that keep the world in motion. (Wheels ... cycles ... seasons — are you sensing a motif here?)

It's what has allowed the Earth to keep running these past 3.5 billion years without having to go back into the shop for a tune-up or left for weeks with GalactiCare tech support.

See, while global temperatures continue to rise, there's one patch of Atlantic Ocean up near Greenland that insists on keeping cool. It doesn't sound like the worst thing, until we consider the global ramifications.

Why is this happening? In the same way that hot air rises, warm saltwater is less dense than cold saltwater, and when the cold saltwater sinks below the warm, it helps create currents in the water. (This is called Thermohaline Circulation, or THC. No, not that THC.)

But! Cold freshwater stays near the top. And right now there's a lot more cold freshwater pouring into the Atlantic Ocean due to melting ice sheets.

Poor Aquaman. GIF from "Batman: The Brave and the Bold."

So instead of warm saltwater rising to the top and evaporating into warm clouds to be carried by wind across the rest of the European continent, the cold freshwater is evaporating into the cold clouds and ... just kind of staying there, because the Earth's automatic air cycles are expecting a salty warm front and not a dense mass of cold freshwater.

Then, when it finally rains, the cold freshwater goes right back into the ocean and floats back to the top and the same water keeps on circulating in the exact same place.

Kind of defeats the point of that whole interconnected global climate system, huh?

While there's no GalactiCare tech support for planets, we still have a chance to help the Earth heal itself.

Breaking one of the Earth's core functionalities is a lot harder than, say, breaking your iPhone screen by dropping it on the floor again. (Seriously, you should probably get a case for that.)

Even more frightening is that this worsening water circulation problem is just one of the symptoms of the larger climate change issues the world is facing.

Fortunately, we haven't quite passed the point of no return, and it's still possible to fix some of the damage that we've done to the environment.

YAY! GIF from "The Superman/Aquaman Hour of Adventure."

Unfortunately, at the rate we're going, that could all change tomorrow. So we should probably get on that like ASAP.

Sigh :( GIF from "Batman: The Brave and the Bold."

President Obama recently announced a Clean Power Plan for the United States, but we can still come together and demand global climate action before it gets too late.

GIF from "The Superman/Aquaman Hour of Adventure."