Watch Kelly Clarkson's bold call for a 'moment of action' on gun violence at the BBMAs. 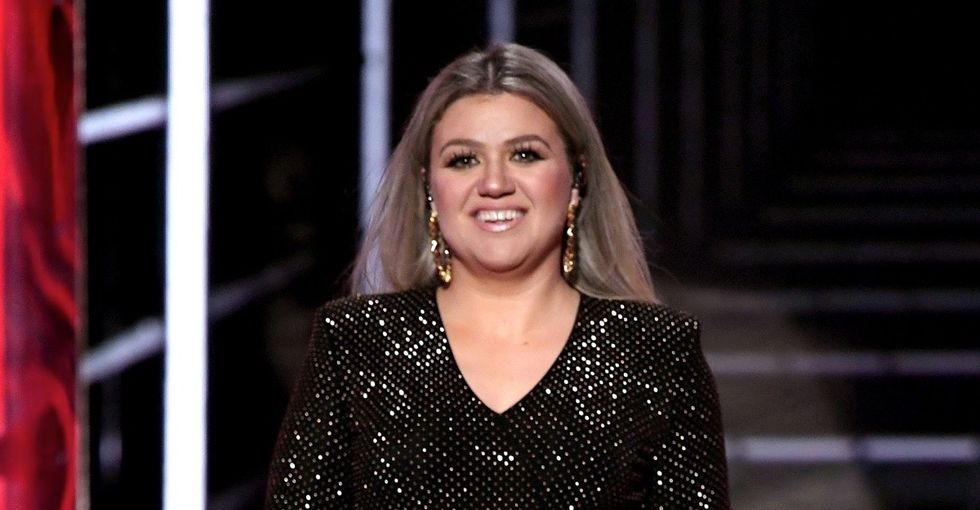 Kelly Clarkson was asked to include a moment of silence at the Billboard Music Awards for the victims of the Santa Fe shooting. Fighting back tears, she did something different.

The school shooting on May 18, 2018, which left 10 dead, marks the continuation of a disturbing trend of gun violence in the U.S. Time and again, people offer their thoughts and prayers, they hold moments of silence, and then -- nothing. Nothing changes.

"Once again, we're grieving for more kids that have died for an absolutely no reason at all," said Clarkson, the music awards’ 2018 host, at the beginning of the show.

Clarkson, who was born and raised in Texas, called on people to honor the victims of gun violence by taking action to prevent future shootings.

No matter your political views, there have to be things we can do to prevent this from happening again.

A lot of proposed solutions get thrown out there in the wake of these shootings, some more effective than others. Some people will call for new gun safety regulations; others will point fingers at the video game industry, social media, ADHD medication, or even doors. Unfortunately, it often doesn't matter how true the blame is or how feasible the solutions are because in the end, the action is the same: nothing.

Doing nothing dishonors the victims, and yet it's the path we take time and again. We all want to end violence. We may disagree about the cause or the solution, but the goal is the same. Let's reject complacency. Let's honor the victims by preventing future ones.