Visitors are paying it forward at this adorable science and culture museum.

"Pay it forward" is making its way to the museum world. 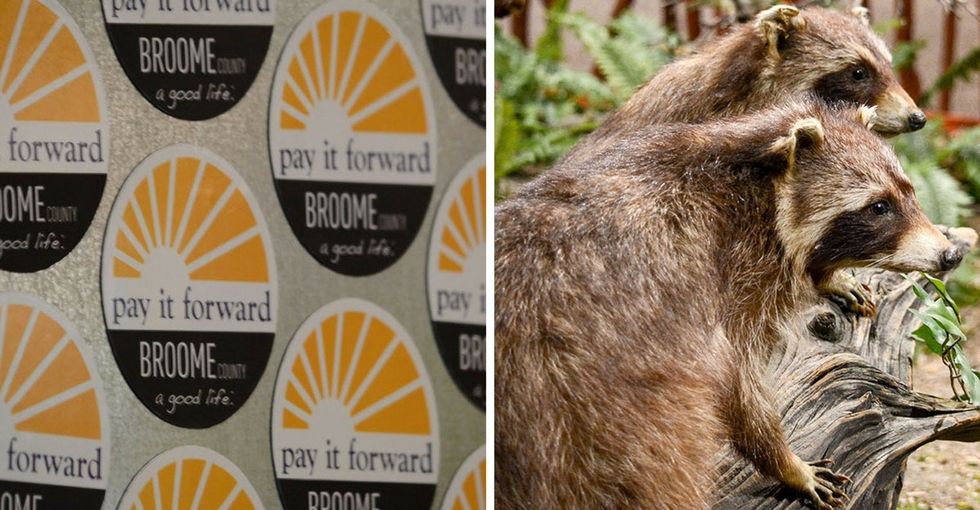 When a grandmother couldn’t afford to pay the entrance fees at Roberson Museum and Science Center for her and her grandson, the museum leadership team got creative.

All photos courtesy of Roberson Museum and Science Center.

Instead of turning the woman and her grandson away, a staff member found an older coupon to get her in for free. But the museum didn’t stop there. The executive director, Michael Grasso, decided to make accessibility for all a program called “Pay it Forward.”

“I have the opportunity to come into a cultural institution and just sort of enjoy the day,” said Grasso. “That's the thing that a lot of people don't even realize is an option for them. As nominal as the fee may be for many of us, it can really be a barrier to people. And I don't think that should stop people from coming in and learning something on their own if they would like to. I think that's awesome.”

Pay it forward programs have been showing up in lots of places — museums is just one of the latest.

Restaurants, coffee shops, and other places that serve large and diverse crowds have started creating space for or implementing similar programs in their own way. Citizens have also started to do pay it forward movements on their own.

The growing humanitarian act is awesome, but still has a ways to go in the art world, particularly in museums.

“Museums aren't ivory towers, they are places where everyone should feel welcome to learn and explore,” said Natalie Shoemaker, museum marketing and events coordinator at Roberson.

Museums play a valuable role in making art, science, and history accessible for communities around the world.

One of the few public spaces that can serve any age, gender, race, or other demographic, museums play a special role in making art and culture from around the world available in communities across the country. Unfortunately, this concept has sometimes been more surface-level. Museums have been criticized for not being accessible to all communities and demographics, and instead, catering to the wealthy and privileged.

To break down the social barriers that impede folks from enjoying museums, Roberson's Pay It Forward program went into effect this year.

Here’s how it works: Visitors can purchase a pre-paid admission option or choose to pay it forward by purchasing an admission for someone else who may not be able to afford it. Visitors are able to grab an admissions pass from the museum’s Pay it Forward wall and bring it to the front desk — no questions asked.

“Some organizations save lives, and we improve lives,” said Grasso. “We help to improve lives for our friends and neighbors and community members when we make places like museums and other cultural institutions accessible for many different groups. It’s a program that’s easily replicable in other museums.”

Since the program started, the museum has already seen more visitors from various demographics.

Grasso hopes that the museum outreach will extend beyond where it is now too. Now, the museum is thinking about reaching out to organizations like the Boys & Girls Club of America, Young Adult Borough Centers, and veterans’ groups to attract diverse audiences — particularly those that are underrepresented — to the museum space without having to worry about ticket prices.

“It’s heartwarming,” said Grasso. “People had said that they loved the program. The intent of the program is really to bring more people in, and we’re doing that.”