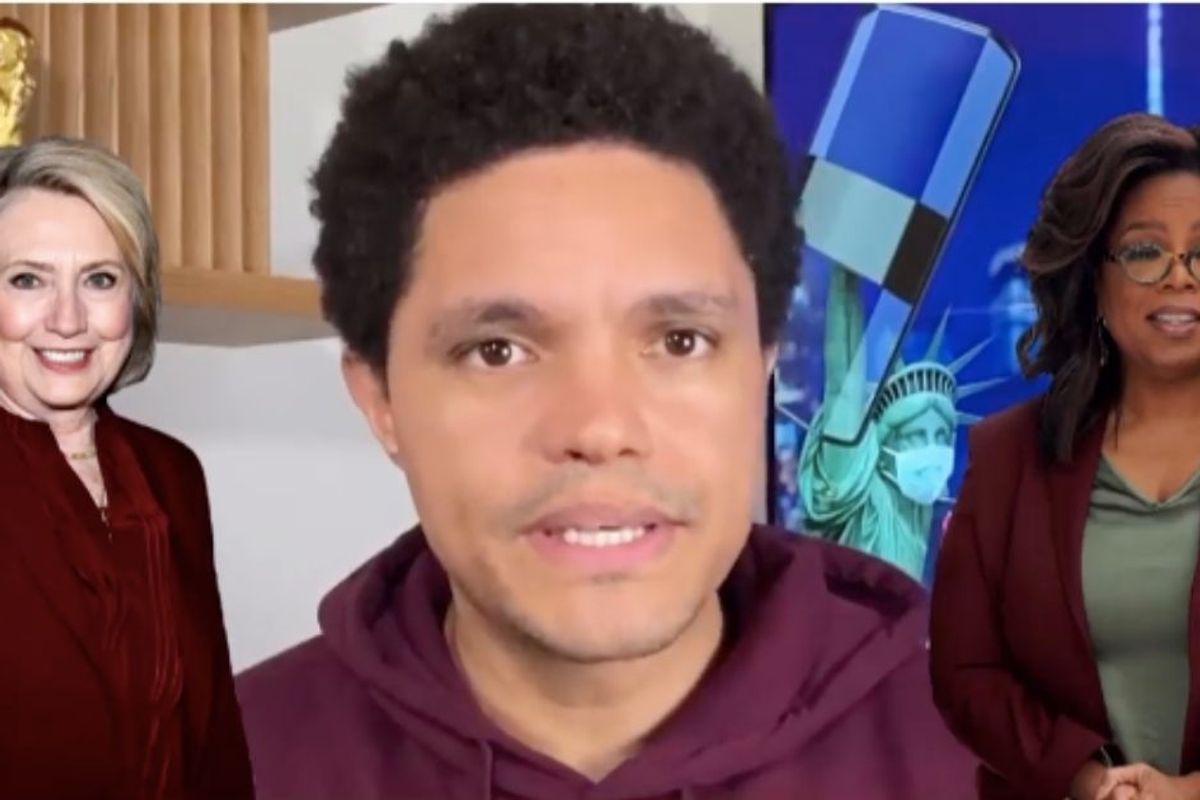 If you haven't heard of QAnon by now, consider yourself fortunate. If you've heard of it, but are confused about what it is and how it came about, it's probably time to learn. Any hopes that the rational among us had for it to die out on the fringes of the internet appears to be gone as the cult-like conspiracy theory has seeped into the mainstream, which means we can't ignore it like we wish we could.

We also can't just laugh it off like we wish we could, no matter how absurd and insane it is. It truly would be laughable if it hadn't resulted in real people being harmed and the FBI calling it a domestic terrorism threat. And I don't know anyone who can approach a laughable-yet-deadly-serious subject like Trevor Noah. In a new video, Noah gives QAnon the comedic treatment that it deserves while also managing to convey the rather terrifying reality of its existence and influence.

Noah describes QAnon as a "political cult built around a conspiracy theory and then crossed with a big book of word search puzzles." That pretty much nails it. And now we have a bunch of these folks running for government office, and some of them even winning. If that's not enough to scare people into reality, I don't know what will be.

I know we're all having to jump through some mental hoops to try to makes sense of the world we're currently living in, but this is ridiculous. I could rationally explain why QAnon is not legit, but it would be like explaining to someone that the moon isn't made of cheese. The claim itself is so beyond absurd, it's not even worth entertaining. And it wouldn't do any good anyway. As Noah said, "Don't be looking for logic here. That's not how cults work. Cults don't follow logic." Maddening, but true. I've tried, only to be accused of covering for pedophiles or being part of the cabal myself. Good times.

What else have you got up your sleeve, 2020? You know what, nevermind. I truly don't want to know.