This West Point colonel will tell you what the Civil War was really about. 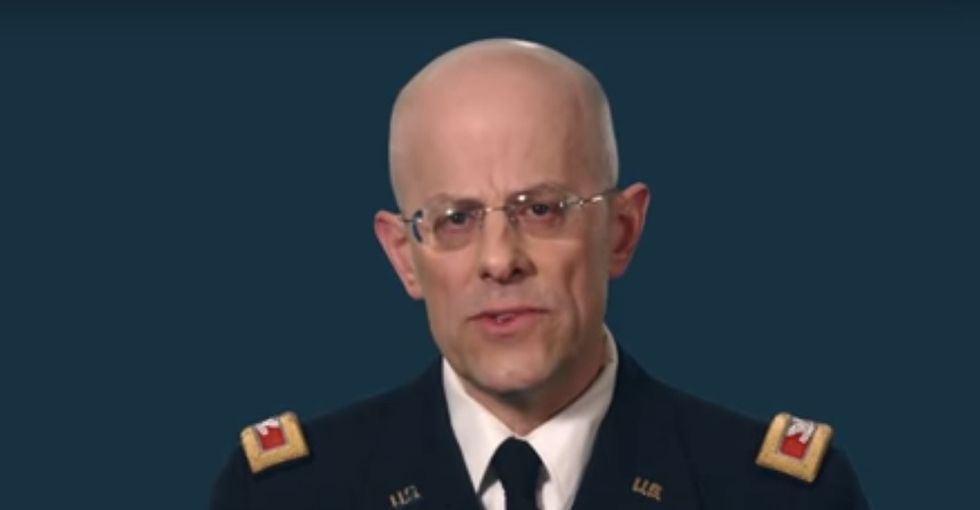 You might have heard both of these statements before. And not just in your U.S. history class.

Amazingly enough, it's also an ongoing debate today in the real world, especially with the battle over the Confederate flag in the South and the Black Lives Matter movement's push for much-needed changes toward racial equality. In both cases, the legacy of slavery — and its role in our past — matters. For that reason, it's worth re-examining and getting to the bottom of the motivations behind that pivotal conflict — and what it still means today.

So which is it? Was slavery the main issue in the Civil War or not? Well, here's your answer, once and for all.

The Civil War was about slavery. Period.

I know, I know. I'm just an Internet guy — what do I know? But Col. James T. "Ty" Seidule, Ph.D., who teaches courses at the West Point Military Academy like “History of the Military Art I: From Ancient Times Until the 20th Century" and contributed to “The West Point History of the Civil War," is kind of an expert here.

I guess he'll do. Although all those pins on his uniform are kinda distracting.

In a video, Seidule stated unequivocally: The Civil War was about slavery. And he's pulling from the only authority that exists: history.

The biggest reason for the controversy around the "true reason" for the Civil War, according to Seidule, is simple: Many people don't want to believe the citizens of the Southern states were willing fight and die to preserve the morally repugnant institution of slavery.

It's a hard pill to swallow. But it's true.

There's plenty of evidence to prove it.

It's right there in the Southern states' secession documents. You can read them for yourself right here. They state clearly that the purpose of secession was to protect slavery. Mississippi's, for example:

"In the momentous step which our State has taken of dissolving its connection with the government of which we so long formed a part, it is but just that we should declare the prominent reasons which have induced our course.

Our position is thoroughly identified with the institution of slavery — the greatest material interest of the world."

These were not minority views. The votes to secede based on these documents were not close in any of the Southern states — in South Carolina, it was unanimous.

Also kinda telling: The vice president of the Confederacy said so.

But how can we really know what he meant by "founded on slavery"???

And the counterarguments ("The Civil War was about something else!") just don't hold up.

A common one, of course is the classic: "It's about states' rights."

Another common counter-argument: President Abraham Lincoln fought the war to keep the Union together.

True. But Lincoln did so because he saw the writing on the wall: Slavery was all-or-nothing.

Running for president was actually Lincoln's fallback after failing his audition for the Blue Man Group.

He fought the war against the South because he knew slavery would eventually either exist in all of the country or none of it.

Slavery was (and is) shameful — but that shouldn't prevent us from owning our history around it.

Dealing with that legacy, particularly as it still exists today in so many ways, is something we're all responsible for as Americans. Rewriting history to gloss over the terrible truth behind the war is not the way to do that.

But as Americans, we should also be proud.

The Civil War was brutal and bloody and hard. But we fought it for a very good reason.

All images via Prager University.

As Seidule says: "It's to America's everlasting credit that it fought the most devastating war in its history in order to abolish slavery."

You can watch Seidule's video and hear the full argument in the video below:

If you're still in the 41% of Americans who say slavery wasn't the main cause of the Civil War (and don't think that fact should be taught in schools), feel free to peruse:

Keep Reading Show less
family
Get stories worth sharing delivered to your inbox
By signing up you agree to Upworthy's privacy policy.
Trending Stories
culture
Family