This teen came up with a wildly smart invention to help his grandpa cope with Alzheimer's. 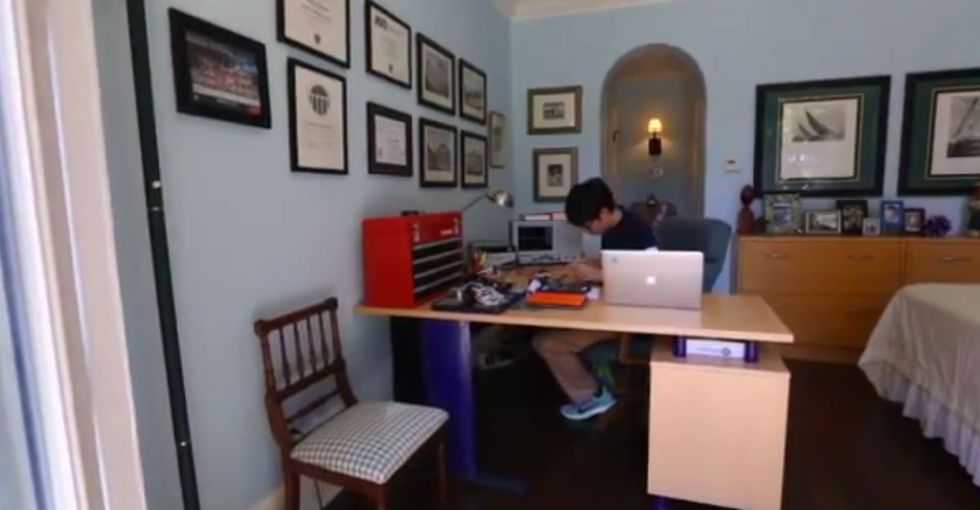 All GIFs via NBC News and Google Science Fair.

He lives with his grandpa. They're really close.

Within a few years of being diagnosed, his grandfather started getting up in the middle of the night and wandering off — once even onto the freeway. He and his family were woken up when a police officer brought him back (safe, thankfully!).

"It was very real and very scary," Kenneth said in an NBC interview.

Kenneth wanted to find a way to keep his grandpa safe. So he invented something awesome.

...a simple sensor that attaches to a sock and alerts a caregiver's smartphone if the wearer wanders out of bed.

Kenneth's invention is so good, it won him a Science in Action award from Scientific American.

The sensors are now being tested by patients in a nursing home, with some impressive results.

This isn't just a win for Kenneth and his grandpa. Over 5 million Americans have Alzheimer's.

Roughly 60% of these folks will, at one time or another, wander off.

Kenneth's simple sock device can keep so many of our loved ones safe.

For full dose of heartwarming goodness, check out the video:

And here's a little more info on Kenneth's invention: