This sexuality expert has a fascinating take on how diaper-changing can teach consent. 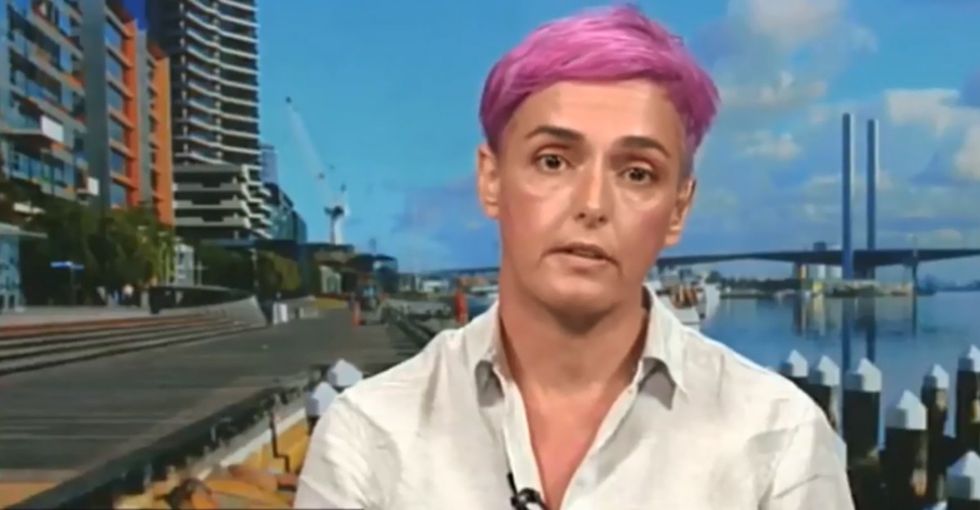 A sexuality expert said that parents should ask babies for consent before changing their diapers. And people reacted.

Deanne Carson, who works with Australia's Body Safe, a child sexual abuse prevention organization, appeared on ABC to speak about starting consent education as early as possible, such as when the baby is — well — just a baby.

"We work with parents from birth ... just about how to set up a culture of consent in their homes. 'I'm going to change your nappy now; is that OK?' Of course a baby's not going to respond 'Yes, Mum, that's awesome. I'd love to have my nappy changed,'" Carson said.

People seem to be pretty split in their reactions to what she's saying. On one hand, leaving room for a baby to hear that they have bodily autonomy seems absolutely important; on the other, some people have referred to this advice as "lefty lunacy."

Carson herself chimed in after the outrage began. "Sadly, some people have chosen to ridicule me (oh no! Pink hair! Must be a lesbian!) and the notion of giving infants bodily autonomy (poo in nappies har har amiright?!)," Newsweek reported the educator wrote on Facebook.

Whether or not you think Carson's example was good, her message is right on.

It's easy to dismiss Carson's ideas. After all, have you met a baby? They don't know what's going on half the time, and asking if you can change their diaper isn't going to produce a viable response. And the alternative, of course, is not to leave them in a wet diaper for the rest of the day — we can all agree on that.

Take a second to really think about what Carson's saying, though, and it doesn't appear nearly as controversial. What you're doing by making eye contact, making your intentions known, and leaving space for the baby is setting up a "culture of consent." The idea is that as the child ages, they'll be more likely to recognize their body is their own, that other people shouldn't touch it without permission, and that it's OK to say no.

The message of consent is especially important considering the staggering child sexual abuse statistics in America.

While it's not known exactly how many children are victimized sexually each year, in 2010, the U.S. Department of Health and Human Services reported that of children who'd been maltreated, 9.2% had been sexually abused. In addition, 20% of adult women and up to 10% of adult men recalled instances of child sexual abuse. The valid warnings to never get into a car with a stranger or take candy from someone we don't know don't always incorporate the reality that the majority of those who've been victimized are hurt by people they know well. That's why the idea of consent — that your body is your own and you are able to say no and speak out — needs to be taught as early as possible.

That's a message that's both important and a little easier to understand.

"[Carson's] simply making the very reasonable case for establishing a 'culture of consent' in households and with children from the youngest possible age," Katie Russell, a spokesperson for the nonprofit sexual violence organization Rape Crisis England and Wales told Newsweek. "This is about both getting parents and carers into positive habits of not assuming consent from their children and about teaching children that they have a right to decide what happens to their bodies."

And as they grow, that kind of autonomy will help them be more assertive when it comes to non-consensual touch and to recognize that they shouldn't touch others without their consent either. Sure, Carson's example may have come across as a little out of left field, but we could all do better in making sure that children understand consent and learn to set boundaries at every step of the growing process.