This public high school is so popular, kids get accepted only by lottery. 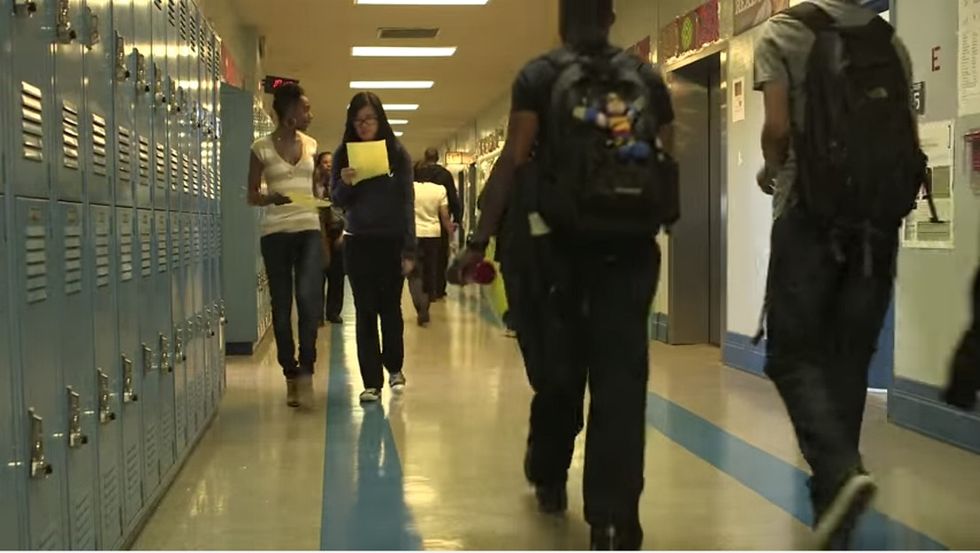 Here's a high school that breaks the mold in ways that are attracting attention from educators — and students — all over the world.

The Pathways in Technology Early College High School (P-TECH) in Brooklyn, N.Y., is changing education in ways that are getting a lot of attention.

Its goal? 100% completion by students of a high school diploma AND associate degree in six years.

This also guarantees the students job interviews at IBM, which is one of the partners in this initiative. Other partners are New York City College of Technology and the New York City Department of Education.

Rashid Ferrod Davis, P-TECH's founding principal, stated the goal of the school as:

“How do you make sure that we can diversify the workforce with students who were not generally on a path to think of themselves as either college or career ready, and so there is no academic screening, there are no types of tests for admissions. … If you're interested, we will help make you academically strong and prepared so that way you can have that pathway from high school through college to industry."

Who chooses to go to this high school?

1,500 students applied to this school in 2013; there was room to accept only 144 of these — from all five of New York City's boroughs, all selected by lottery.

They're students like Cletus Andoh, whose mother brought him to New York from Ghana when he was a toddler so he could go to better schools. His goal after graduating P-TECH? To get his advanced degree at MIT, and then medical school.

But if that doesn't quite work out, he's got a firm foundation to start with.

And students such as Cierra Copeland, who wants to go into electro-mechnical engineering field. Part of what drives her?

Since the inception of this school, a number of similar schools have been popping up in New York and Chicago.

They break the mold in other ways, too — longer school days and no summer break, for example — but that's merely a chance to more quickly master the field that students want to go into.

Bonus: They also get hands-on training in job skills that employers crave.

If there's a downside to this program, it'd be hard to find. The extra two years of effort — at no cost to the students — will pay off huge dividends when they make it to the other side.