This guy built a ‘glitter bomb’ and filmed Amazon thieves getting their just deserts. 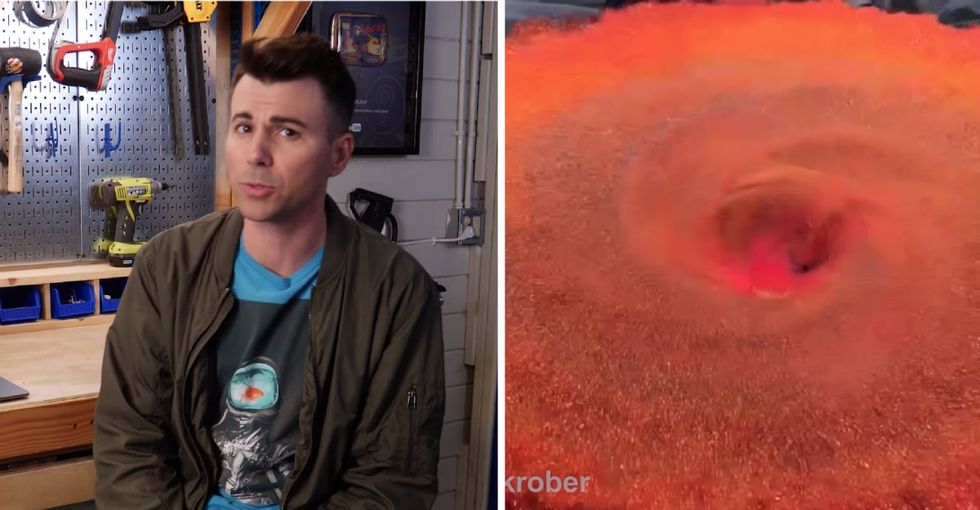 Update: In December, Mark Rober apologized after he revealed that two of the prank results in the video were staged. However, Rober says they were staged without his knowledge and that the other three reactions were 100% genuine. He's removed the staged reactions from the original video, which is still as glorious as ever and absolutely worth your time watching! As Rober himself says: "This might be my Magnum Opus." The original story begins below.

The engineer and YouTube star really knows his stuff - he literally helped design the Mars Rover. But when Rober realized people were stealing his packages (he caught the thieves on his home video) he was stumped.

In a video that has immediately gone viral, Rober says he reported the crime to the local police who said they simply didn’t have time investigate the incident, even though Rober had done much of the heavy lifting by capturing the incident on his home surveillance camera.

Rather than go full vigilante, Rober did something far more brilliant: He built a custom made “glitter bomb” inside a fake Amazon package.

The package also included four Internet cameras, so he could capture the whole thing on film. Oh, and he also loaded it with fart spray.

That’s right, once the thieves opened the stolen package, their car or homes would be assaulted by one full point of glitter and a fart spray device that emitted a synthetic gaseous smell every 30 seconds. And it would be posted online for the world to see.

Just to make it a little sweeter, and to give any pop culture adept thieves a fighting chance, he even created a fake return address using the names and location of the original “Home Alone” movie.

And yes, it was worth every second.

Before heading off to confront his first victim, Rober makes it clear, “this is not a prank channel.”

But go ahead and laugh to your heart’s content.