This gold medalist deserves a shout-out for returning her award to Prince Harry.

You truly are a class act, Sgt. Elizabeth Marks. 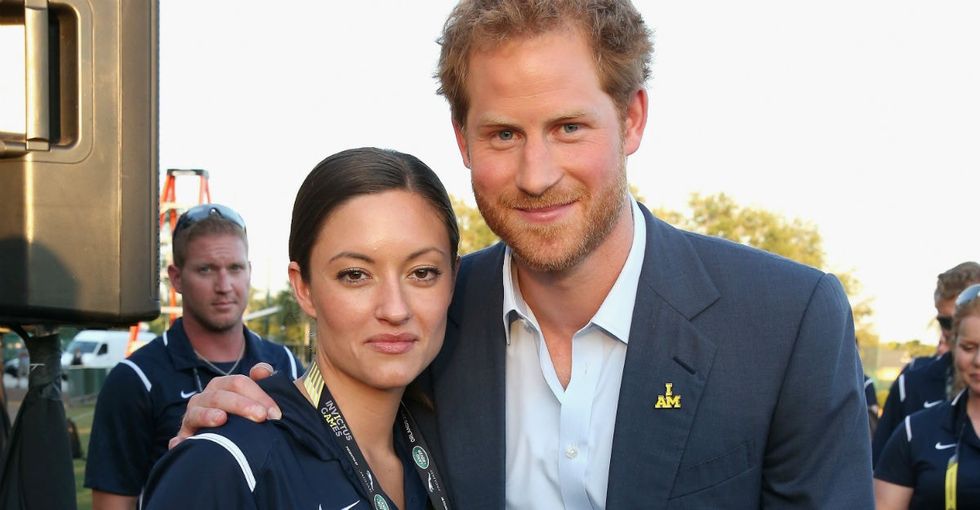 Do you know about the Invictus Games?

This year's just wrapped up in Orlando, Florida, and they might just be the coolest sporting event not on your radar.

The event brought together more than 500 athletes from 15 different countries. And the competition was fierce.

Launched in 2014 by Prince Harry, the games allow both active-duty and veteran military members who've been injured to compete in various sports.

"The word 'Invictus' means 'unconquered,'" the event's website explains, noting the games were launched to honor those who've sacrificed for their countries — not give them sympathy.

"It embodies the fighting spirit of the wounded, ill, and injured service members and what these tenacious men and women can achieve, post injury."

While every athlete there deserves a salute, Sgt. Elizabeth Marks, a 25-year-old in the U.S. Army, did something during the games that was especially cool.

After dominating in all four of her swimming competitions, Marks handed one of the gold medals she won back to Prince Harry, who had presented her with the award.

Instead of keeping the medal herself, Marks — who has no feeling in her left leg after sustaining a hip injury in Iraq about six years ago — requested Harry give it to Papworth Hospital in the U.K.

Why? The folks at Papworth Hospital "absolutely saved [her] life" at the Invictus Games in 2014, she said.

Two years ago, Marks nearly died at the games in London. Papworth came to her rescue.

Marks fell ill after arriving across the pond to compete and woke up days later after having been in an induced coma.

If it hadn't been for the team at Papworth, who'd scrambled to put her on life support after she went into respiratory distress syndrome, Marks likely wouldn't be alive today.

"I can't thank the U.K. enough for having that kind of medical support and taking such good care of me," she said, BBC News reported.

"How do you say thanks to the people that saved your life?"

Marks' selfless gesture of gratitude embodies what the Invictus Games are all about: honoring those who've sacrificed for others.

Whether they be a service member, a nurse, a teacher, or even just a friend who helped you survive a particularly rough time, we all have people in our lives who deserve credit in getting us where we are today.

Marks' story serves as a great reminder: Now is the time to tell them thanks.