This church wanted to make a bold point about family separation. It succeeded. 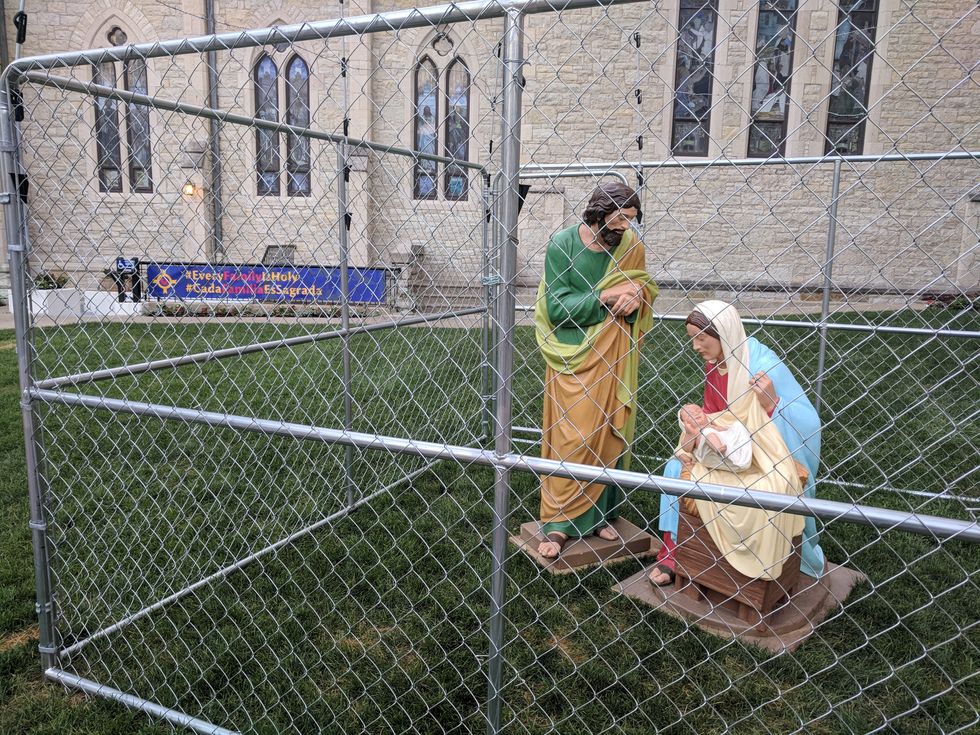 They wanted to make a statement about separating families. The message is clear.

The Trump administration's family separation policy has stirred unity and outrage over protecting the most vulnerable among us.

Not everyone was moved by images and stories of families torn apart. Some have even cited the Bible to justify the policy. A church in Indianapolis decided to make a statement by putting figures of Joseph, Mary, and baby Jesus inside a cage as part of their #EveryFamilyIsHoly campaign.

The images are startling.

"Holy Scripture is clear about how we are to treat people trying to find safety for their families — we are to show mercy and welcome them," Stephen Carlsen, dean and rector of the the Christ Church Cathedral said in a statement. "People of good will and faith must not allow this to continue."

Photos of the display were quickly picked up by local media and began to go viral. A post of the church's Facebook page is also drawing attention from both sides of the immigration debate.

Religious groups have been speaking out more about civil rights.

The display in Indiana is part of a larger pattern unfolding in the Trump presidency where religious groups are speaking out over civil rights.

After the Supreme Court ruled in late June to uphold the White House "travel ban," most of the focus was understandably on Muslims. But a number of groups from other faiths, and even atheist organizations, spoke out to oppose the decision, saying it infringed upon civil liberties.

In a statement similar to that of the Christ Church Cathedral, American Jewish Committee general counsel Marc D. Stern said, "The ban is repugnant to bedrock American values of religious equality and openness to immigrants from around the world."

There are plenty of issues that religious groups disagree on, but one thing most seem to agree on is that treating the most vulnerable populations inhumanely in unacceptable.

After all, millions throughout history were vulnerable refugees seeking asylum.

When asked about his church's display, Carlsen pointed out that Joseph and Mary were once refugees seeking asylum. It's in the very cornerstone of the Christian faith to observe the plight they went through to protect the baby Jesus.

Maybe it takes a shocking display to be reminded of those values. If so, it's a small price to pay when weighed against the very real people — families and children — suffering from the family separation policy today.