They came on the air promising real stories of real women. Now they're just embarrassing.

Real stories about real women? Oh, boy, I hope not. 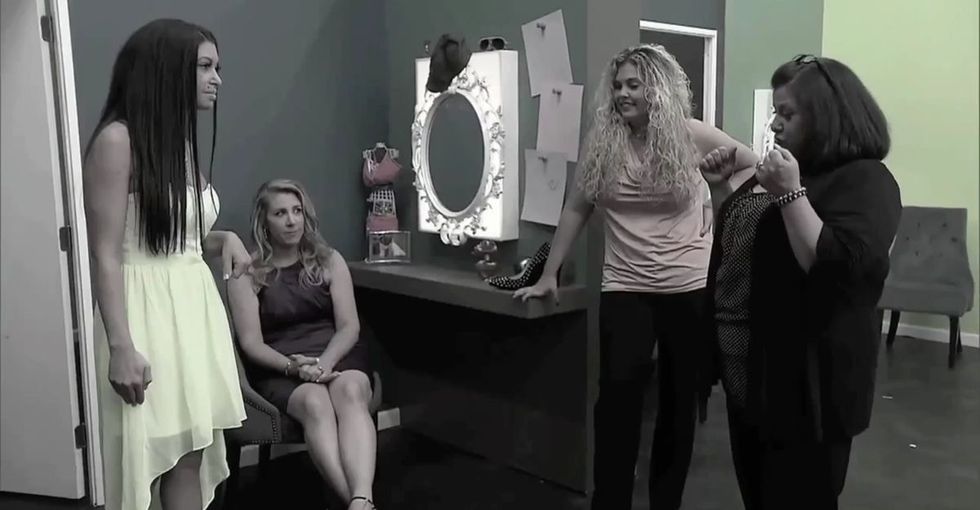 When "women's networks" started popping up, there was hope that finally there would be TV shows telling the real stories of real women.

Then this happened. Women's History Month, 2015.

It had an uplifting theme.

So exciting. Great stories to be told.

Well, um, things worked out a little differently than we expected.

[SARCASM ALERT] We should all express our gratitude to these networks...

...for uplifting shows that taught us what womanhood is all about.

Of course, womanhood isn't really about any one thing. There are all sorts of women in all sorts of situations. It's just that TV producers seem to be kind of single-minded in showing women in trumped-up stress nightmares that could make anyone crack. Maybe we should actually feel sorry for these women more than anything else.

...for celebrating the strength of women as communicators.

Women are great communicators. But no one's at their best all the time, especially when they've been set up. A show without extreme conflict is dramatically kind of dull, so producers do their best to make sure that never happens, and away we go.

...for showing women at their inspiring best.

It's almost as if these so-called "women's networks" are out to make women seem as unhinged as possible. Unnatural situations, check. Unnatural obstacles, check. Just turn on the cameras and watch the fireworks.

This is not how women really are. Maybe it's about how some women can be when they've been pushed to the point where normal rules of human behavior no longer seem to apply.

This fight and others like it are serious, with people getting hurt. It's no joke. If two guys on a reality show got into it like this, they'd be escorted from the set. But there's a double standard here that sees woman-on-woman violence as entertaining. Huh? This is not the type of thing you'd expect of a network for women.

It would be awesome if women's real stories could be on TV all the time. Great tales of amazing women from history. Accounts of women doing remarkable things today. It would provide inspiration and lead to a richer understanding of women for everyone.

It's not like there's just one kind of women's story that can be told, either. There's room for all kinds of stuff. But it's just not OK when trumped-up sensationalism's pretty much all you see.

The women of Emotistyle want to thank the networks for a job (not) well done.

And yes, they are being sarcastic. 100% sarcastic.