These 'book ninjas' give commuters free books to read while they ride. 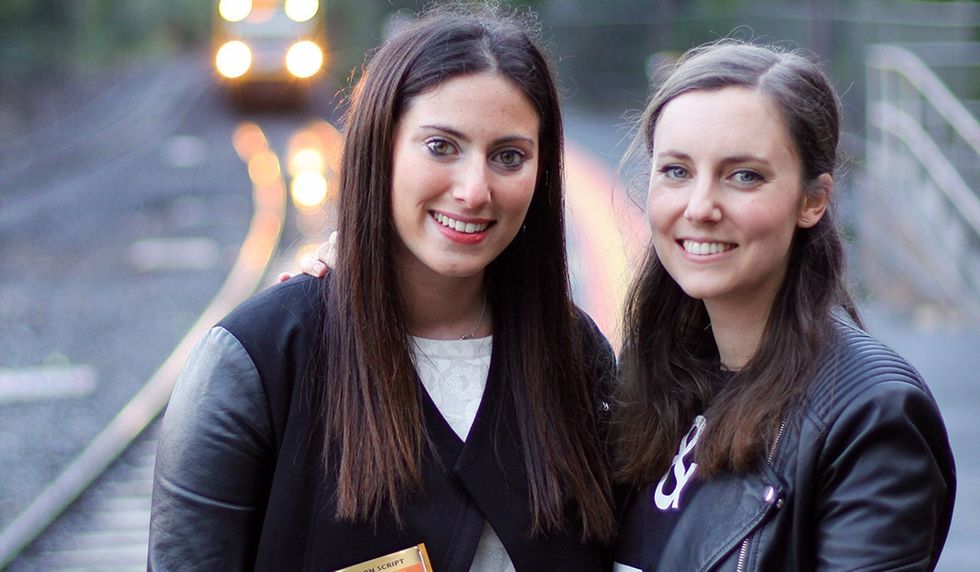 Reading is an empowering way to spread joy and wonder. Combine that with the reach and traffic of public transit, and you’ve got a mobile library that can bring the printed word to thousands of people.

That’s exactly what Ali Berg and Michelle Kalus thought when they started Books on the Rail, a mobile lending library that has been sweeping through the Melbourne Metro in Australia.

Berg and Kalus are best friends and self-proclaimed bookaholics. They have styled themselves as "book ninjas" with this project in which they secretly stash books on public trains with stickers on them instructing passersby: "Take this book, read it, then return it for someone else to enjoy!"

Berg (left) and Kalus. Photo by Books on the Rail.

"When we launched in April of this year," Berg and Kalus said in an email, "we never could have anticipated how much support we’d receive from authors, publishers and commuters and we are so humbled."

They promote their book-sharing efforts and connect with their transitory community through social media.

People have taken to posting photos of books they’ve found, and there has even been a burgeoning online community of people who've found the books who now participate in a book club.

Picked this up on the train today. At first I though the person must have accidentally left it on the seat, but then I saw the sticker on the cover. I was blown away by this amazing idea. They want to encourage us to put down the iPhone and pick up a novel while traveling on public transport. Here's how it works: take the book home, read it, return to a train, bus or tram for someone else to enjoy. Big thanks to Mich and Ali for this wonderful establishment. @booksontherail #booksontherail #happyreading #reading #melbourne

So far, they have received over 160 emails from people eager to become book ninjas too.

Sending stickers to Book Ninjas all over Melbourne! Want to join the revolution? PM or email melbournerailwaybooks@gmail.com 🚂 #booksontherail

They've also heard from people interested in getting their schools or book clubs involved as well as from authors and publishers looking to get their books in circulation.

Books on the Rail recently introduced a library-slip type of program in which readers leave behind reviews on cards in the books for future readers to see.

Books on the Rail has already received books and support from many publishers and authors ranging from Pan Macmillan to Harper Collins and from Alain De Botton to Liane Moriarty. Now, they are looking to work with Melbourne Metro and other organizations to help grow their program, which is currently self-funded and operated.

The Melbourne Rail has about 415,000 daily riders every day. That's a lot of books for people to read and share.

With interest in Books on the Rail spreading far beyond Melbourne, the duo hopes to spread the program far and wide in Australia.

"We hope to create a movement where the community drives the initiative, rather than just us," wrote Berg and Kalus. "We’re already starting to see this happen on social media, which is very exciting! Hopefully in the future, every time you travel on public transport you’ll spot a Books on the Rail book!"

Cheers to these amazing women who are helping to spread amazing books and create an amazing community of avid readers in a city of millions. Amazing.