There is one group of people that might be happier single than they are in a relationship. 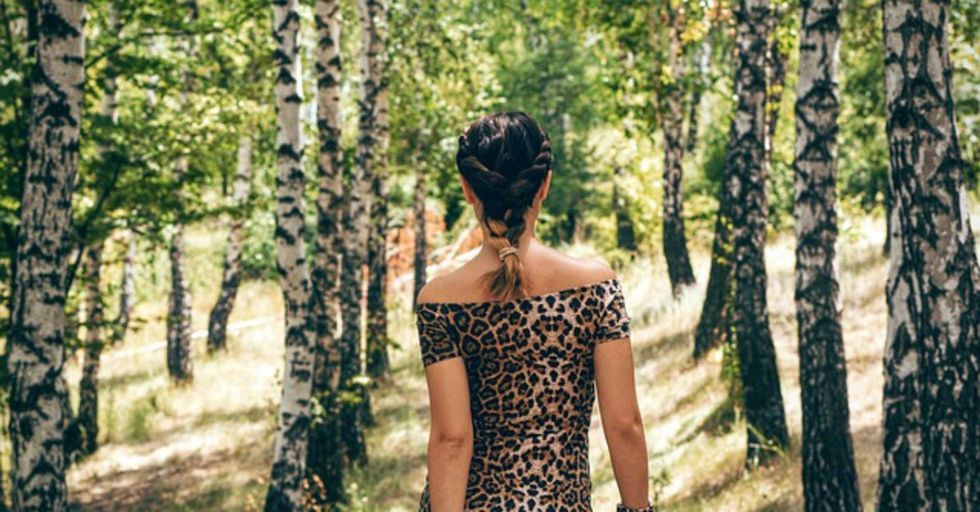 This article originally appeared on August 27, 2015

It starts early, with the movies we are plopped in front of as toddlers.

GIF from Disney's "Beauty and the Beast."

And continues through adolescence, still through entertainment.

"I'd rather die than stay away from you."

And then guess what happens? We're peddled some more of what we're supposedly meant to be aiming for when we're adults.

"I was the one girl he chose from 20 other girls to be with. Now I know I'm special!" — me, mocking probably very sweet people.

GIF from "The Bachelor."

There are so many examples of this, it's difficult to narrow them down. Not to mention all the social cues coming in all stealth-bomber-like to beat one's psyche into submission. Like when single people go to weddings, their family members casually ask them, "When will YOU settle down?" And when a friend goes through a breakup, it's almost instinctive to reassure them that there's someone out there for them.

But what if not everyone is supposed to pair off? What if some people are — wait for it — happier when they're single?

It's kind of a radical notion in this culture, where pairing off is treated more as a foregone conclusion and universal life goal.

A study in 2014 from the National Bureau of Economic Research said that married people rated higher in happiness measurements than single people did.

You might have taken that study at face value.

But hold the phone! There's another recent study from University of Auckland's School of Psychology that tells a more complete story by comparing happiness levels among a very specific group of singles and marrieds.

How? Well they looked at something called "avoidance goals" and "approach goals."

What are avoidance and approach goals?

Well, what motivates each person is different. Some people are motivated by going after what their desired outcome is. Some people are more concerned with avoiding undesirable outcomes. People are often mixed bags, displaying some traits of avoidance and some traits of approach, and where they're at with it can change with other factors in life. But on the entire spectrum, some people fall on one distinct end or the other.

In the new study, it held up that low-avoidance singles were a little bit less happy than low-avoidance married people. In other words, people who were more approach-goal motivated and married DO experience a bit more happiness.

But, interestingly, researchers found that singles who fall more on the high-avoidance side of the spectrum showed the same level of happiness as high-avoidance marrieds.

And theoretically, for those happy high-avoidance singles, they could very well find themselves miserable in a relationship for whatever reasons they avoid them in the first place. In individual circumstances, singlehood may be the best choice for some.

What does it all mean?

Some people love love and want to find their happily ever after. There's nothing wrong with that, and society supports that model. More power to them!

But for those of you wondering if you're weird or broken because you seem to prefer single life, there's nothing wrong with you. Don't let society pressure you into doing things their way, you magnificently beautiful lone wolf!