In the civilian world, things are hard enough when you are attacked. In the military world, the struggle can be far worse. Their stories are often covered up, they are dismissed and often booted from the military they volunteered to join while the perpetrator remains.Olivia Gatwood (who is not a soldier), was sitting in the airport one day when she heard a bunch of troubling stories on CNN about female soldiers and what they go through when they are sexually assaulted. So she wrote a piece about it. This is the story that too many women in the military know far too well.TRIGGER WARNING: She talks about assaults and the cover-ups that occur after. 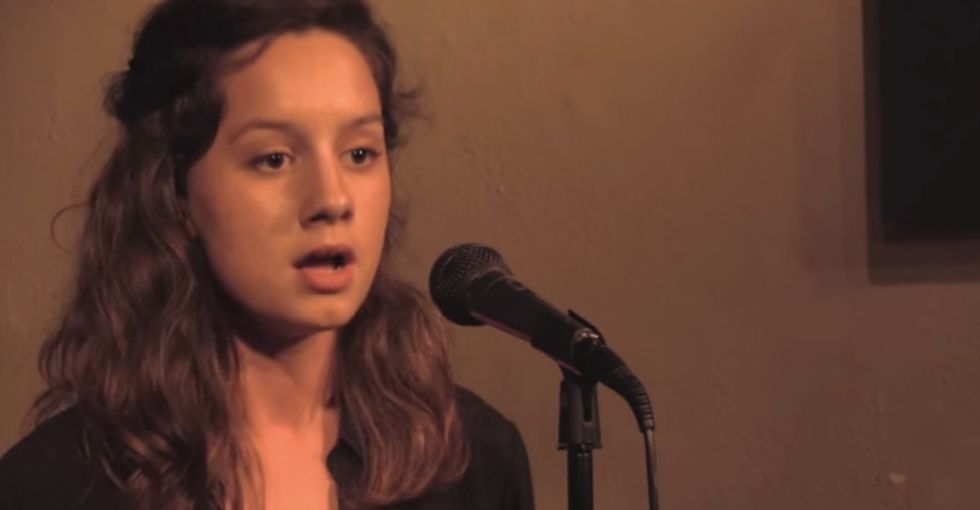 I asked Olivia what the poem meant to her, and she responded: "After thinking it through, I realized what struck me the hardest was how formulaic the process was; how all of the women had almost identical stories. It was so obvious to me that this was a systematic erasure, such an obvious cover-up.

"In America, we talk so much about supporting the troops, but the reality is, women are being raped in extremely high numbers and then being discharged for 'emotional problems.' I knew I wanted to showcase this, so the best angle was from the perspective of the actual U.S. armed forces. What better way to expose how this system works than to articulate the rules they've already created?"

The facts about sexual assault in the military are astonishingly awful. Less that 2.5% of the reported sexual assaults result in charges against the perpetrators. Around 75% of the men and women who are assaulted report the crimes in the first place. 40% of the time, the assailant is their ranking officer. Women make up about 15% of active duty forces but account for 47% of the victims. 90% of the victims are involuntarily discharged. The numbers go on and on.

So it's important that more people know this stuff. I'd appreciate it if you shared this.