That feeling when you find out your donation is making a huge impact? Incredible. 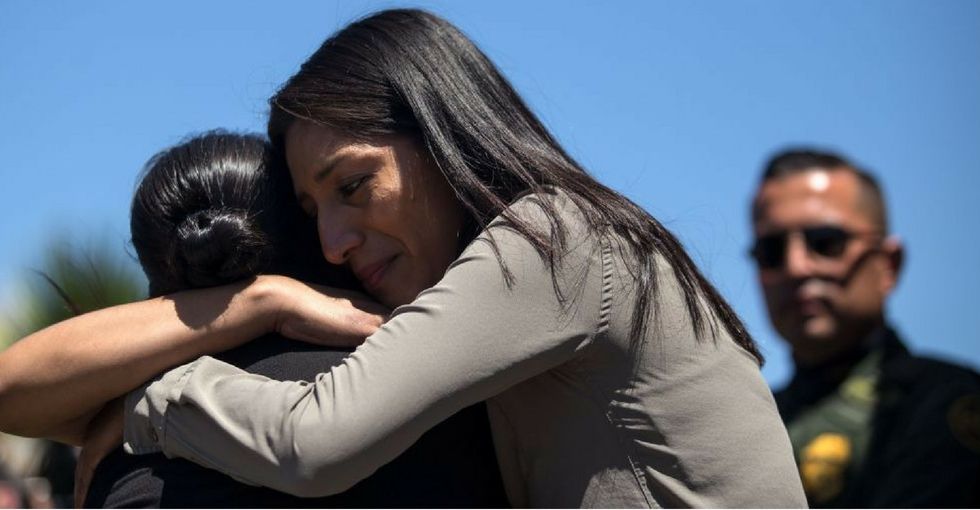 If you gather enough snowflakes, you can create an avalanche.

Thousands of worthy organizations rely on individual donations to do good work in the world. And there are millions of people who feel compelled to donate, but they might think their modest contributions won't really make a difference.

But they do — especially when enough people show up. When we hear about a major donation, it's easy to think that those are the ones that really make a difference. And, no doubt, those windfalls create big opportunities.

Las Americas, an advocacy group that provides legal representation for immigrants, received a $100,000 donation from Priorities USA — which had a huge impact. "We are all crying in the break room," wrote one of the organization's employees. "Our legal staff is 5 people (2 of us in stipends) and one attorney with at least 300 open cases and clients. This is going to expand the number of people we can help by so much."

A viral fundraiser succeeded beyond any expectation — with donations averaging around $38.

When the Trump administration enacted a sweeping policy of separating children from parents at the border, people of all beliefs and backgrounds were appalled. One couple started a Facebook fundraiser to raise money for the Refugee and Immigrant Center for Education and Legal Services (RAICES), a Texas-based legal aid organization serving refugees and immigrants. It went wildly viral, and in less than a week raised more than $17 million.

We do not have the words to thank Charlotte and Dave Willner. Thanks is inadequate for the work these funds will make...

As of this writing, almost 450,000 people have donated to the RAICES fundraiser — a participation level that calculates to an average donation around $38 each. Obviously, some people gave more than that, which means some gave less. And yet all of those individual dollars came together to form an avalanche of funds to help.

"We've been occasionally crying around the office all day when we check the fundraising totals," the organization wrote on Facebook. "... There are terrible things happening in the world. And there are many people who are deciding not to look away but to do something. Thank you. Thank you. Thank you."

Another nonprofit group has raised millions using a model of intentionally small donations — where no one gives more than $25.

Known for their "Love Flash Mobs," Together Rising encourages huge participation with small amounts of money. Love Flash Mobs are time-limited fundraisers — usually less than a day for a specific cause, shared through social media. Most Together Rising fundraising campaigns cap donations at $25 — people are asked not to give more. This practice ensures that "every giver is equally vital to meeting the specific need," according to the organization.

The organization has raised funds for refugees in Greece, abandoned kids in Indianapolis, opioid recovery for pregnant teens, and more. In May 2018, it raised $1 million in just nine hours to help get legal aid to families at the border. Here's the update on the impact of those funds:

HERE'S HOW YOU ARE SERVING THE SEPARATED BORDER FAMILIES TODAY -- UPDATE #2!Two weeks ago, we came together in a...

Don't let having little to give discourage you from giving.

In a perfect world, we wouldn't need to have fundraisers to support people's basic needs and human rights, but here we are. And a whole lot of "little" adds up to a lot. If everyone with the means gave small amounts on a regular basis, imagine the avalanche of generosity it would create.