Some find this former NBA athlete's latest career move shocking. He just wants you be happy for him. 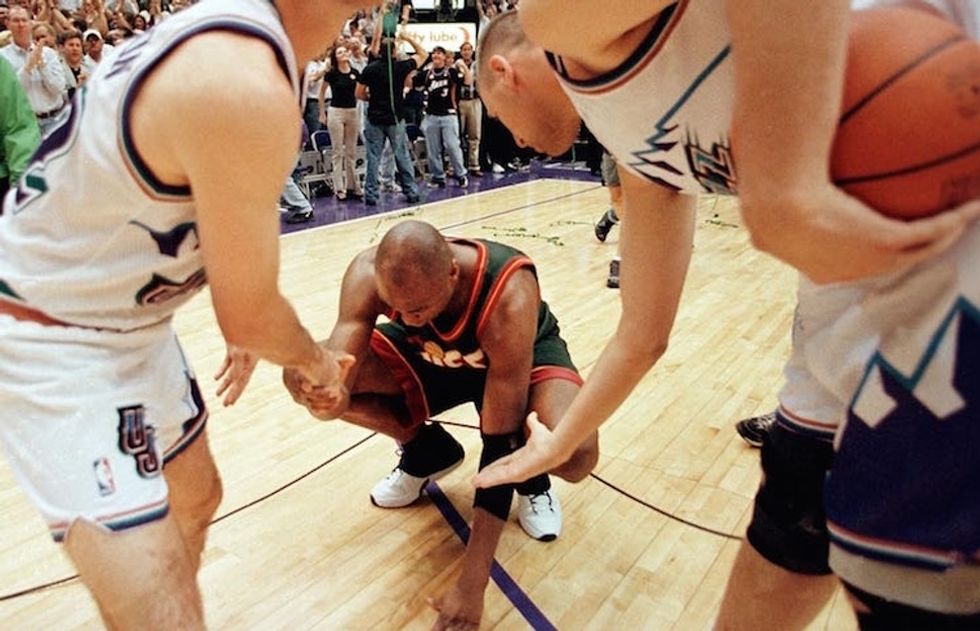 Vin Baker is known as the greatest basketball player to come out of the University of Hartford.

In 1992, Sports Illustrated dubbed Baker "America's best-kept secret" because of his widely overlooked stardom at the smaller Division I school. At 6'11", he was an imposing defensive player and had scoring chops to boot.

During his 13-year NBA career, Baker logged some stats that are not to be sneezed at.

He averaged 15 points and 7 rebounds per game. And while he never won a championship, he did make four all-star teams and won an Olympic gold medal with Team USA in 1999.

But his career teetered as off-the-court drinking unfurled into full-blown alcoholism.

Addiction didn't just drain Baker's health and ability to perform. It drained his finances. He earned nearly $100 million over the course of his career, but most of it was lost to reckless spending and shady relationships.

"I just didn't want to think about the success that I wasn't having that I had in the beginning of my career. It would just be a situation where I would try to numb myself to all the expectations."
— Vin Baker in a 2003 interview with the Boston Globe

Today, Baker is proud to say he's been sober for four years and has found a new career off the court.

With a helping hand from Starbucks CEO Howard Schultz (a friend and former team owner during Baker's time with the Seattle Supersonics) he's being trained as a barista and future store manager at a Starbucks in North Kingstown, Rhode Island.

Some people are shocked when they hear what he's up to nowadays, but Baker isn't looking for sympathy.

"For the people on the outside looking in, they're like 'Wow,'" Baker told the Providence Journal. "I'm 43 and I have four kids. I have to pick up the pieces."

To see Baker's story as a tragic fall from grace is to assume his story is over. But it's far from it.

He aims to make a positive impact every day both as a minister and as a mentor to young professional athletes who'll face a lot of the same struggles that come with money and fame. And that, to me, is the stuff of a real all-star.

“To summon the strength to walk out here and get excited about retail management at Starbucks and try to provide for my family, I feel that's more heroic than being 6-11 with a fade-away jump shot. I get energy from waking up in the morning and, first of all, not depending on alcohol, and not being embarrassed or ashamed to know I have a family to take care of. The show's got to go on."
— Vin Baker