She calls herself a butterfly princess. Media calls her a Syrian statistic. Her version's better.

How do you define yourself? 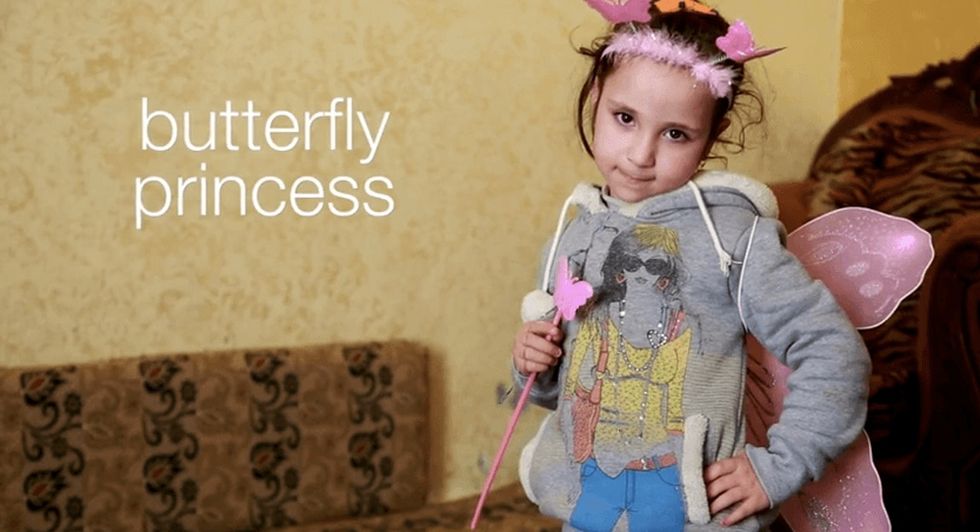 She calls herself a butterfly princess.


And she's the best butterfly princess in all of the land. Images via CARE.

But to the media, she's only one thing: a refugee.

It's a scene that's far too common.

Since 2011, around 4 million Syrian people have been forced to flee to neighboring countries because of a dangerous conflict. As they seek safety elsewhere and try to start over, they often get labeled as "refugees" and referred to as one big number in the media: "4 million Syrians." But they are far more than just a number — they are their own individuals.

In this new video from CARE, a group of Syrians challenge the way they are perceived by showing you how they see themselves. Turns out we have a lot in common.

They are mothers, brothers, hair stylists, photographers, students, storytellers, and butterfly princesses. Heck yes. And those are just a few.

We are all individuals with our own personalities, careers, struggles, hopes, and dreams. But even then, we're not actually that different. We are here in this world together, waking up, going to sleep, and trying to figure out life in between the two.

Take a minute to challenge the way you think about labels and what "different" means.

It's easy to assume what someone else's life is like. Maybe try this approach instead? (I know I will!)